Airstrike carried out so it wouldn't hurt Russia's long-term plans in Syria: US military official 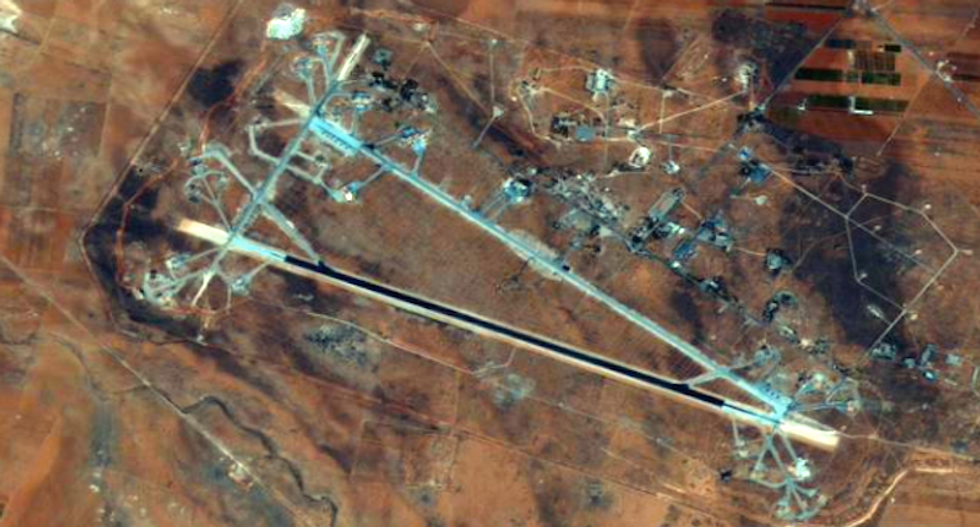 The airstrike ordered by President Donald Trump against a Syrian airfield appears to have been conducted to minimize long-term damage to Russian efforts there.

The Trump-ordered strike reportedly targeted Shayrat Airfield, and U.S. officials warned Russian troops there but not the Kremlin, VOA reported.

The official also told Babb the Tomahawk cruise missiles used in the raid were precision, and not cratering, to minimize damage.

No chemical weapons were hit during the strike, the official said.

Russia described the attack as an "act of aggression" and said relations with Washington would likely deteriorate.

A Russian warship armed with cruise missiles advanced Friday afternoon toward the USS Ross and USS Porter, which launched the airstrike from the eastern Mediterranean Sea.

The Russian news agency TASS claims the frigate was headed on a routine trip toward a logistics base in Tartus, Syria.

The U.S. has led an international coalition conducting airstrikes on Islamic State targets in Syria since 2014, which began under former President Barack Obama and has continued under the Trump administration.

Russia intervened in the country's civil war in September 2015 after an official request from the Syrian government, and the Obama administration has accused Russia of ″flagrant violations of international law″ during the conflict.

The Kremlin plans to create a permanent naval base at Tartus, which it leases from Syria, as part of an effort to expand its military presence in the coastal nation.