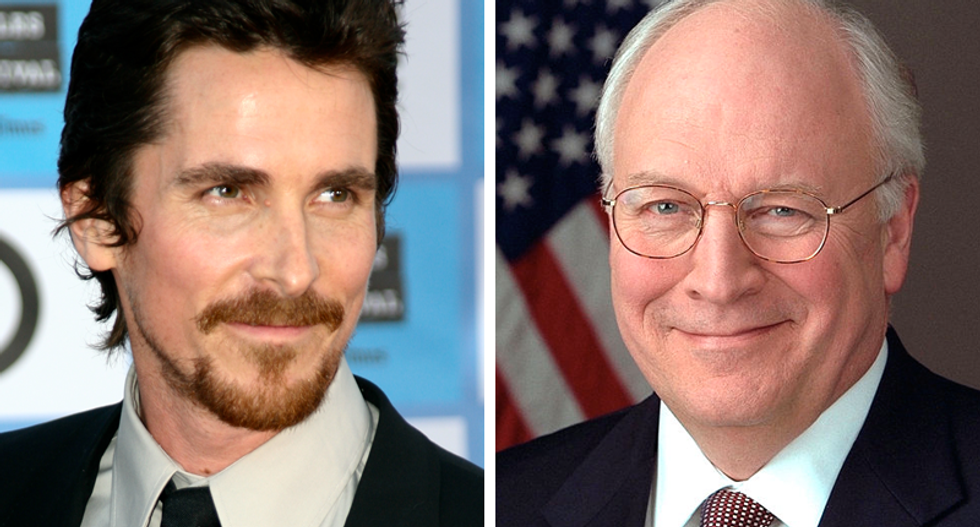 Christian Bale is currently in talks to portray former Vice President Dick Cheney in an upcoming biopic from Adam McKay -- the director of "The Big Short."

According to Variety.com, the former child actor turned Oscar-winner will star in film alongside Steve Carrell ("The Daily Show," "The Office") -- who will play former Defense Secretary Donald Rumsfeld -- and Amy Adams as Lynne Cheney.

Cheney and Rumsfeld first began to work together as staffers for former President Richard Nixon, becoming the spiritual godfathers of the Neo-Conservative -- or NeoCon -- movement.

Together they shaped Pres. George W. Bush's foreign policy into the aggressive "War on Terror" stance that launched the wars in Afghanistan and Iraq. Former top aide to Colin Powell Col. Lawrence Wilkerson notably called Cheney and Rumsfeld "f*cking crazies" for their high-handed approach to global affairs and their willingness to use U.S. military might.