Angela Rye burns down GOP's new Obamacare 'replacement': 'There's nothing affordable about this' 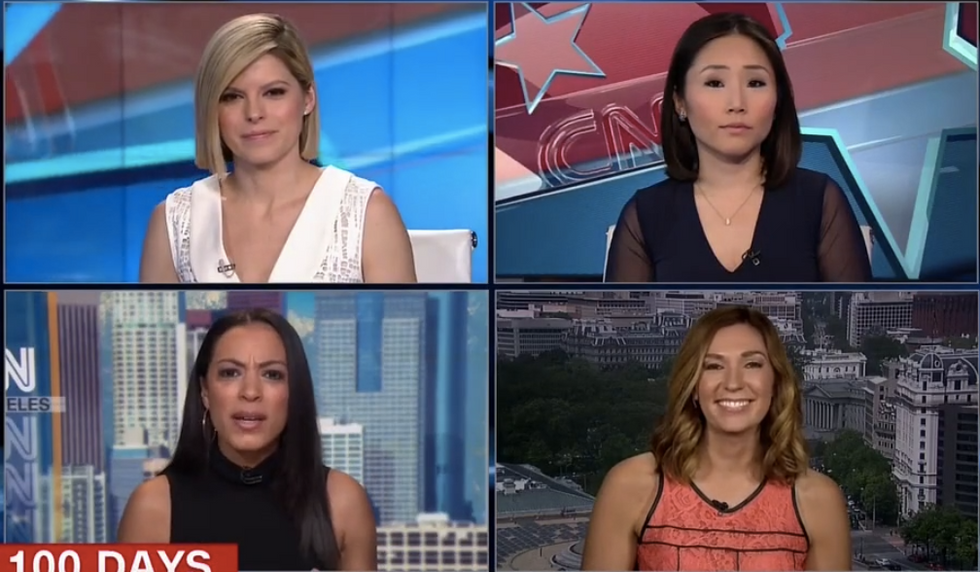 CNN correspondent Angela Rye weighed in on Thursday during a discussion of President Donald Trump and the Republican Congress' goal of repealing the Affordable Care Act (ACA) -- also known as "Obamacare."

While some House Republicans believe that another healthcare vote could come as early as next week, CNN's M. J. Lee said that until legislators release some details of the bill they're working on, it's impossible to say what its chances are in a vote.

Anchor Kate Bolduan asked Carpenter if she would consider it a victory for the Trump administration if a bill passed in the House before its first 100 days passed.

Carpenter replied that it would be good news, "I'm all for progress," she said, "But that's not what Trump is really promising."

Angela Rye said that part of the issue is that Congressional districts are gerrymandered in such a way that the resulting caucuses are the "no" caucus and the "hell no" caucus.

"Everybody gerrymanders," Carpenter said under her breath.

"What did you say?" asked Rye icily.

"Everybody gerrymanders, it's a problem on both sides," said Carpenter.

"I appreciate you chiming in right there, Amanda, but the issue here is very, very clearly that these districts are far too conservative so you have folks who are 'no' and then folks who are 'absolutely hell no.' That is what we're dealing with right now."

She said that before we start counting the bill as a win in the House, it needs to get out of committee first, which it is far from doing.