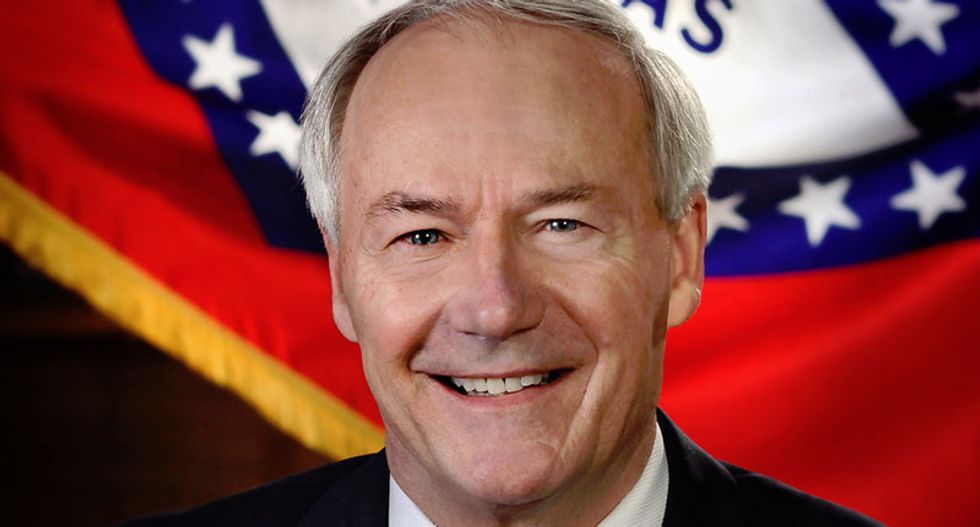 An unprecedented series of executions scheduled in Arkansas later this month will bring long-awaited closure to victims' families, the state's governor said on Thursday, as U.S. judges mull whether to halt the proceedings on grounds they are excessive and unlawful.

Arkansas, which has not had an execution in 12 years, plans to kill seven inmates over 11 days from April 17, which includes three pairs of dual executions. No state has ever executed as many inmates in as short a period since the U.S. Supreme Court reinstated the death penalty in 1976.

“There is no question of guilt,” Republican Governor Asa Hutchinson told reporters. "They (the victims' families) need closure and they don’t think they have it."

Some of the convicted murderers set to die have been on death row for more than 20 years. The state has not held executions for more than a decade due to legal battles over its death chamber protocols and secrecy surrounding its drug procurement.

Hutchinson has toured the Cummins Unit prison, located in the small town of Grady, that will conduct the lethal injections and said the staff set to carry out the executions is experienced and practiced.

About two dozen former corrections officials and administrators wrote to Hutchinson in late March urging him to abandon the plan, saying it places an undue burden on prison staff.

All the inmates scheduled to die this month have launched a series of motions in federal court in Little Rock to block the proceedings. They argue that the rush to the death chamber increases the chances of a botched execution.

Hutchinson has said the state must act quickly because the efficacy date for one of the chemicals in its lethal injection mix, the sedative midazolam, expires at the end of April.

In 2014, Oklahoma was the last state to attempt two executions on the same night.

In the first execution, a poorly secured intravenous tube popped out, lethal-injection chemicals sprayed in the death chamber and staff said the pressure of dual executions exposed flaws.

It did not conduct the second execution.

Oklahoma, which has put executions on hold to fix flaws, has recommended executions be held at least a week apart to allow staff time to review the proceedings and decompress.