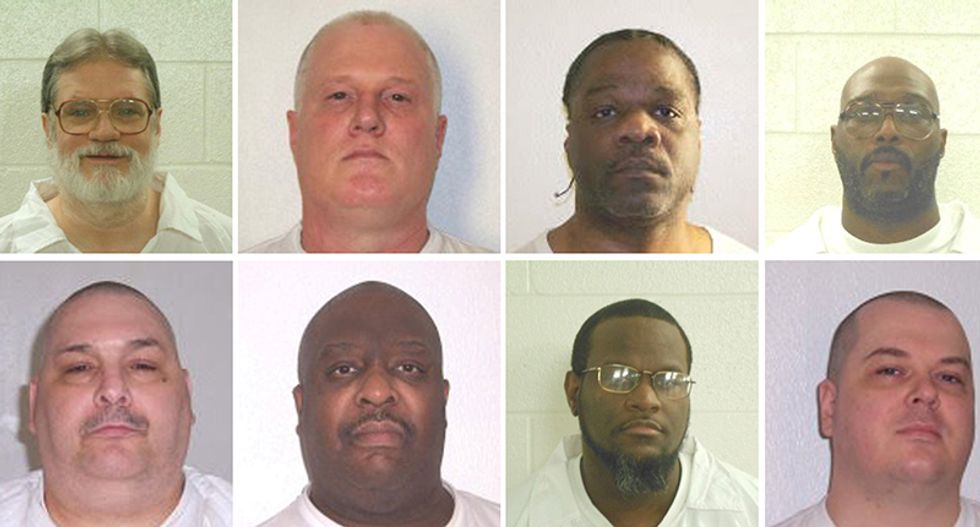 The U.S. Supreme Court denied petitions to halt the execution of an Arkansas murderer, allowing the state to proceed with its first execution in 12 years on Thursday after Arkansas' top court approved the use of a drug in its lethal injection mix.

The state is set to execute Ledell Lee at its Cummins Unit in Grady, which houses the state's death chamber. The U.S. Court of Appeals for the Eighth Circuit in St. Louis, which is considering a last-minute request from Lee for DNA testing, has issued a stay until 9:15 p.m.

The death warrant for Lee expires at midnight.

Lawyers for Lee, 51, who has maintained his innocence for years, launched last-minute appeals to halt the execution with federal courts and the U.S. Supreme Court.

Lee was convicted and sentenced to death for beating Debra Reese to death with a tire iron in 1993. Reese's relatives were at the Cummins Unit prison and told local media Lee deserves to die for a crime that ripped their lives apart.

Lee was to have been one of eight men Arkansas planned to execute in 11 days, the most of any state in as short a period since the U.S. Supreme Court reinstated the death penalty in 1976. Courts have halted four of those executions.

Lawyers for the inmates argued the state's rush to the death chamber amounted to cruel and unusual punishment, violated the inmates' right to counsel and their right to access the courts and counsel during the execution process.

The U.S. Supreme Court denied the petitions. One of them was a 5-4 decision in which new Justice Neil Gorsuch sided with the four other conservative justices in denying the motion while the court's liberals dissented.

Republican Governor Asa Hutchinson set the execution schedule because one of the three drugs used in Arkansas executions, the sedative midazolam, expires at month's end.

In a dissenting opinion, Justice Stephen Breyer said took issue with the state trying to use the drugs before their expiration date.

"In my view, that factor, when considered as a determining factor separating those who live from those who die, is close to random," he wrote.

Earlier on Thursday, the Arkansas Supreme Court agreed with the state that it did nothing illegal in acquiring the muscle relaxant vecuronium bromide, one of three drugs used in its lethal injections, and lifted an order by a state circuit judge on Wednesday that blocked its use.

Arkansas had also planned to execute Stacey Johnson on Thursday. But the Arkansas Supreme Court on Wednesday issued a halt to Johnson's execution after he requested DNA testing he said could prove his innocence.

The attorney general's office said on Thursday it would not appeal the decision, meaning his execution was off. Johnson was convicted of the 1993 murder and sexual assault of Carol Heath.