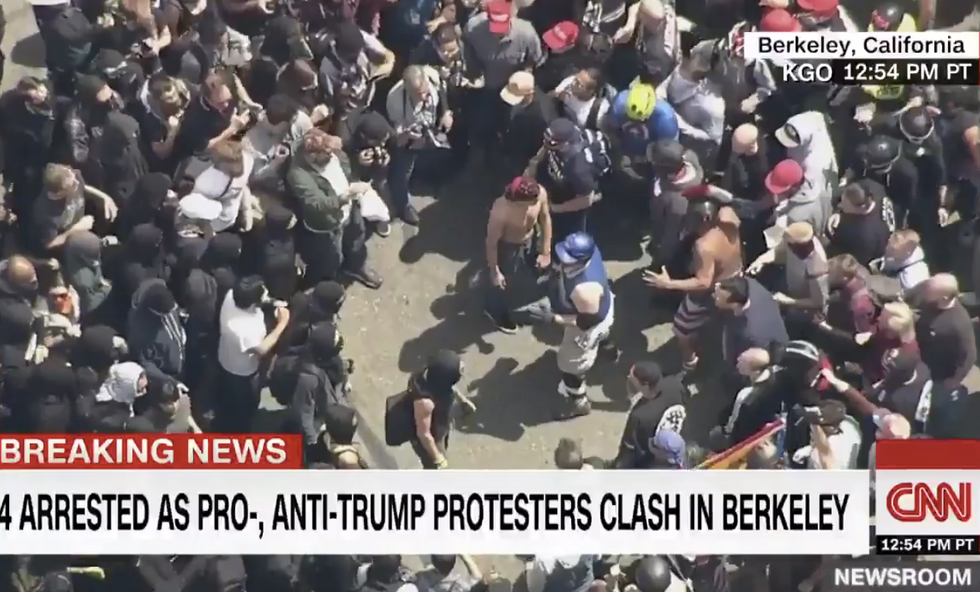 Police have arrested 12 people in Berkeley, CA with the potential for more arrests coming after protesters clashed on Saturday as a protest against Pres. Donald Trump became a violent melee.

CNN anchor Ana Cabrera said that video from the protest shows "heightened tensions on the ground, people who are fighting each other, different factions."

"You can see there's been some pushing, some shoving, some kicking," she continued. "From what we understand, police have also gotten in the mix. They've been trying to break up some of these heightened moments."

There are fears that the Berkeley protest on Saturday could blow up into a riot as happened around a campus visit by disgraced right-wing provocateur Milo Yiannopoulos earlier this year.