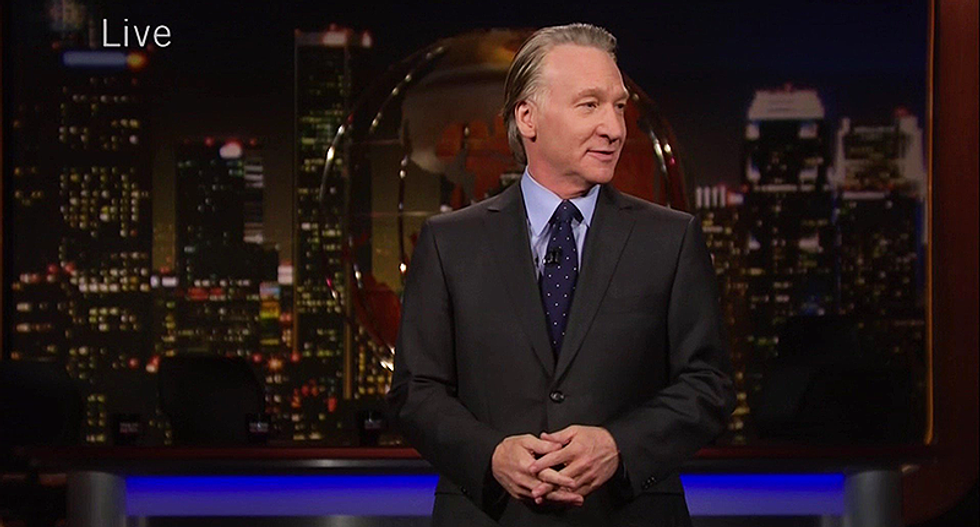 In his Friday episode of "Real Time," host Bill Maher let loss when it comes to men like Bill O'Reilly and Donald Trump.

First, it was O'Reilly's recent "settlement" at Fox News. Maher said that finally, a black woman came forward saying O'Reilly referred to her as "hot chocolate."

He continued the conversation about Trump and O'Reilly with Hanna Rosin, author of The End of Men. Maher said that O'Reilly has become the epitome of something going on with men being unable to navigate the way the world has changed.

"You know, he could not get laid in a whore house with a million dollar bill," Maher said of O'Reilly. "Even though he was very successful in his career what he wanted, what he really wanted, was a woman to like him. 'Like me, like me, somebody like me. You don't have to f*ck me, just like me?'"

When talking about the rate at which white, working-class men are getting married and divorced, Maher noted that many of "these kinds of men" don't want women smarter than them telling them what to do.

"Men are really losing their place in the workplace," Maher continued. "That's the problem. Women have the skills for the 21st century more than men do. They cooperate better, they communicate better."

Rosin mentioned a town in Alabama that has jobs in health care and government, neither of which white working-class men do well in.

"It's so ironic, you think men, 'so macho, strong and sturdy.' But really, they are whiny little bitches," Maher continued. "I mean, who is more of a little bitch than Donald Trump? He never takes responsibility for anything. That was the old way a man proved he was a man. Everything is: 'I inherited a mess!' Everything is somebody else's fault."

Maher also showed the photo of Sarah Palin, Ted Nugent and Kid Rock visiting the White House. He called the group "the slow and the furious" which completes Trump's "axis of redneck." - this is them about to head out to the rose garden to shoot some varmints for lunch."