Bill Maher slams Trump Republicans for looking at America's problems and asking, 'What would a d*ck do?' 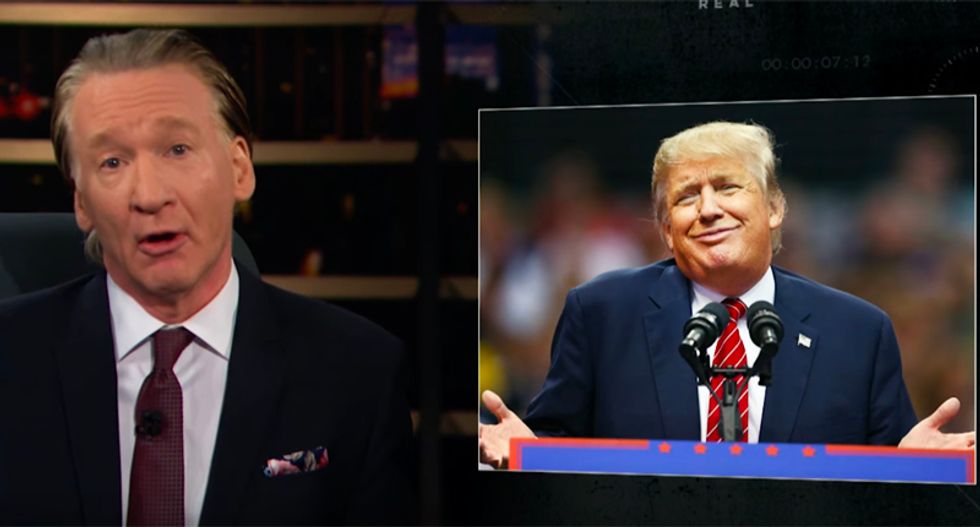 In the New Rules segment of HBO's Real Time, host Bill Maher tore into the Republican Party for rolling back safety and environmental regulations simply because "they're d*cks."

“So much of what they have done since Trump took over isn’t moving the party in a more conservative direction. It’s also not Libertarian. It’s just a d*ck move,” Maher began.

“Republicans have to learn the difference between being a conservative and just being a d*ck,” the HBO host said before adding that conservatism has become "just about some warped idea that the way to show strength is by being a d*ck and that, in a nutshell, is what Republicanism has become – looking at any problem and saying, ‘What would a d*ck do?'”

Maher noted that Republicans have rolled back regulations on the use of lead bullets, asbestos in housing, pesticides and even ending school lunches for low income children.

“That just encourages a dependency of food,” Maher explained. “No more free rides you lazy 6-year-olds. You want to eat? Do what kids in China do:  sew ties for President Trump.”