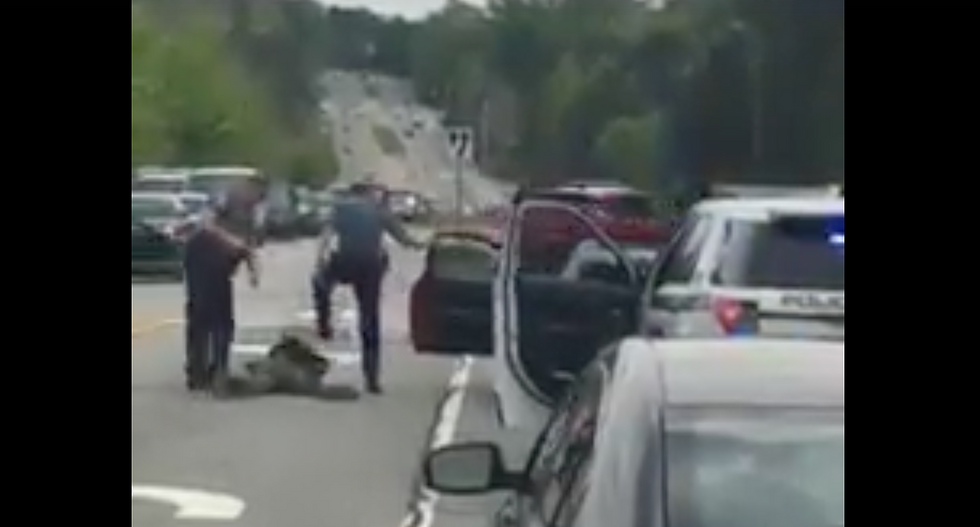 In a video posted on the Black Lives Matter of Greater Atlanta’s Facebook, an officer pulls the man out of a vehicle and slams him on the ground. Once the suspect is laying on the ground, with his hands handcuffed behind his back, another officer runs up to the pair and appears to stomp on the apprehended man’s face.

“We are DEMANDING that Gwinnett County Police Department immediately terminate this officer who viciously kicked a HANDCUFFED BLACK MAN lying on the ground in the middle of the street (off Sugarloaf Parkway) without cause and without merit,” Black Lives Matter of Greater Atlanta’s Facebook post reads. “After brutally kicking him in the face, blood splattered everywhere.”

We’ve reached out the Gwinnett County Police Department bout the incident, and will update this post as more information becomes available.

Watch the video below, via Facebook/Black Lives Matter of Greater Atlanta: