Body of 45-year-old veteran with PTSD discovered in pond: 'He was always the one we all looked up to' 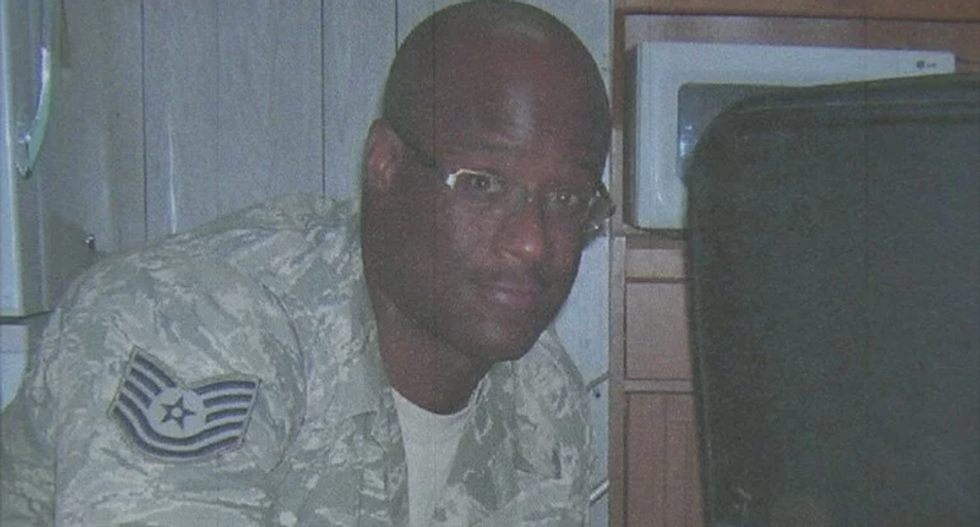 An Iraq and Afghanistan veteran that was reported missing last month was found Friday in a pond of a Milwaukee park.

According to WISN 12, Corey Adams told his sister that his time overseas changed him.

"Something happened, because my mom said when she picked him up from the airport she could look in his face and tell he wasn't the same," Carmen Adams said.

Adams lived with post-traumatic stress disorder, according to police, who classified his disappearance as a "critical missing person." He was last seen March 20 when he was leaving a doctor's appointment at the VA. Members of the community joined to help comb the streets nearby to look for him, Fox6 reported. Adams didn't have money or his wallet, his glasses or his medication.

"Maybe he just left because he didn't want to burden anybody. He was always the one we all looked up to and aspired to be like and, in the last few years because of the things he's been going through, he hasn't been the Corey that I know, my brother," his sister told Fox6.

Adams was pulled Friday morning from the Dineen Park pond.