'Can you please take your job more seriously?': GOP Sen. Flake shouted down at town hall for defending Trump 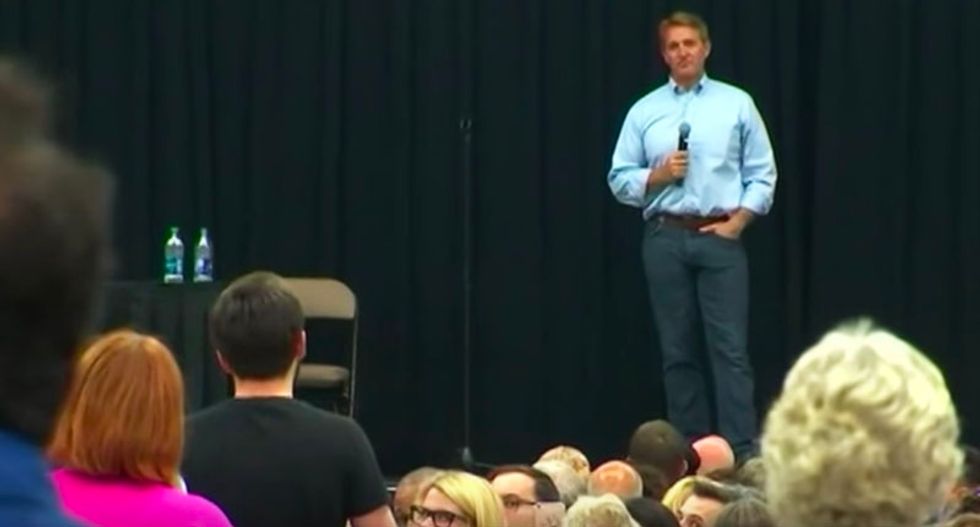 Like other raucous town halls held by Republicans who have taken fire for the actions of Trump, Flake gamely tried to fend off boos and catcalls and the occasional "bulls*t" chant.

One answer that really brought out the boos was his response to Trump's Mar-a-Lago visits when he was told to take his job "more seriously."

"Does this concern you at all? Do you approve a budget for these weekly excursions. If yes, how much is that?" a constituent asked as the crowd cheered. "And if no, why do you have no desire to control President Trump's spending or his personal profit from that spending?"

"As I mentioned, I wasn't critical of the last president or the president before that for what they do on their time off," Flake tried to explain. "That's something we will deal with when we deal with the budget, but I'm not going to tell the president where he can and cannot spend his weekends."

Asked about never giving Obama Supreme Court Nominee Merrick Garland a hearing and a vote, Flake defended the GOP move saying there was precedent when presidents are in their last year on office, only to have a member of the crowd yell out "Bullsh*t!" to more cheers from the crowd.