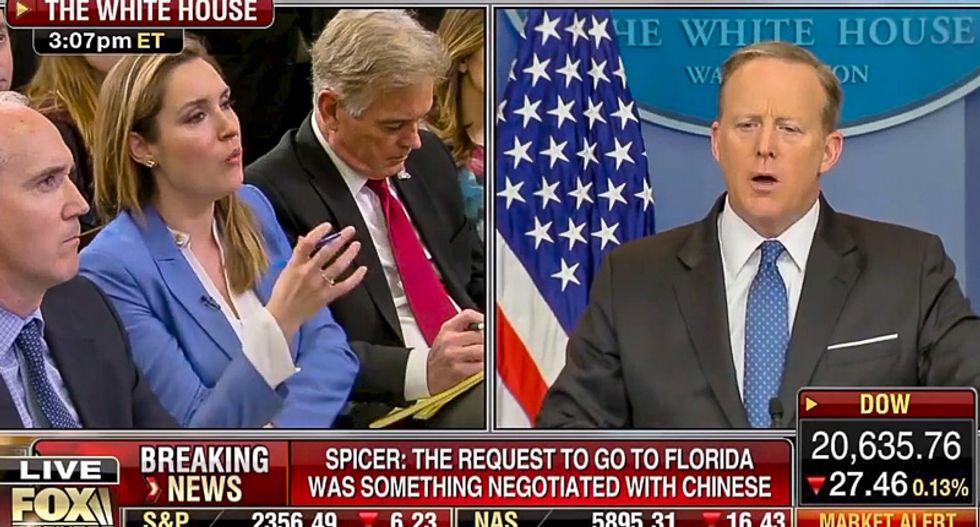 During Monday's briefing, reporters asked Spicer to explain why Kushner was a better choice to dispatch to Iraq than Secretary of State Rex Tillerson or another career diplomat.

"There is a team, depending on the subject, there is a team that is working with him," Spicer said. "And he is providing oversight and direction."

The press secretary, however, insisted that Kushner was not "overseeing Iraq."

"I appreciate how he is in such a unique position," CBS correspondent Margaret Brennan pressed. "But there are people that would look at this situation and say that the White House isn't meant to be run as a family business. There are institutions with experienced diplomats who have years and decades of linguistic experience on the ground."

"Just be clear," Spicer interrupted. "You just said 'years of linguistic experience,' so what situation are you specifically referring to?"

"There's a lot of relationships that Jared has made over time with different leaders," Spicer replied. "Mexico being one of them you mentioned. They are going to continue to have conversations with him. That doesn't mean by any means that it's being done without coordination with the State Department."

"But he has a direct line to the president whereas the other institutions do not," Brennan noted.

"Okay, great," Spicer shrugged. "That's even better then. I think that's a win for our government."