CNN panel ridicules Trump: He 'thought winning presidency would be like being crowned Miss Universe' 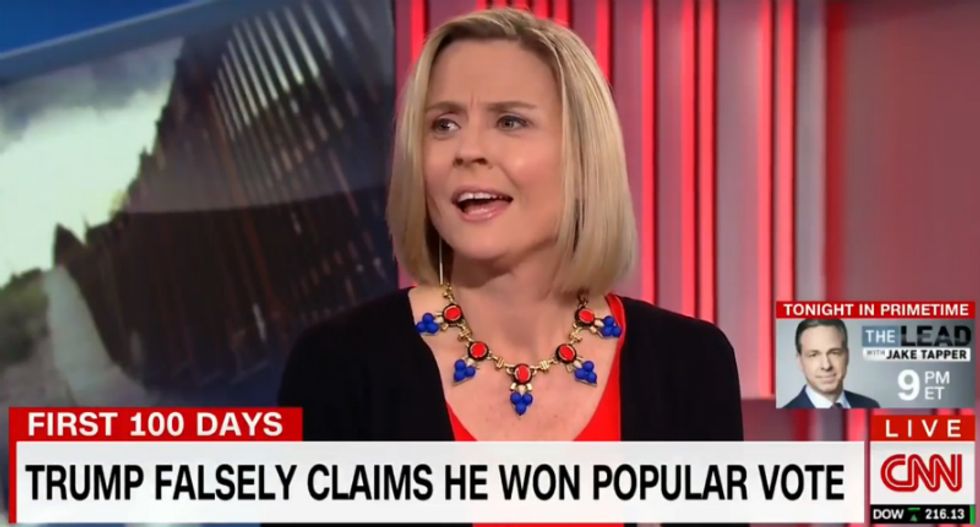 Today on CNN's, The Lead with Jake Tapper, guest Michelle Cottle discussed President Donald Trump expectation that being Commander in Chief was like winning a beauty pageant.

"He thought being President was a little bit like winning Miss Universe," the contributing editor of The Atlantic explained. "If you can get the crown, then everybody needs to be nice to you and you get to go around and accept the well wishers' greetings."

The CNN panel investigated Trump's legislative and political standing nearing Day 100 of his administration, which is a traditional yardstick used to measure the success, or failure, of presidents during their honeymoon period.

Despite Trump having lowest job approval of any president in modern history, host Jake Tapper noted a new ABC News/Washington Post poll finding 96% of Trump voters do not regret their election choice.

"Trump's base would walk across a floor of glass for him," the host suggested.

"He is correct that he could be caught with a dead body and they wouldn't care," Cottle replied.