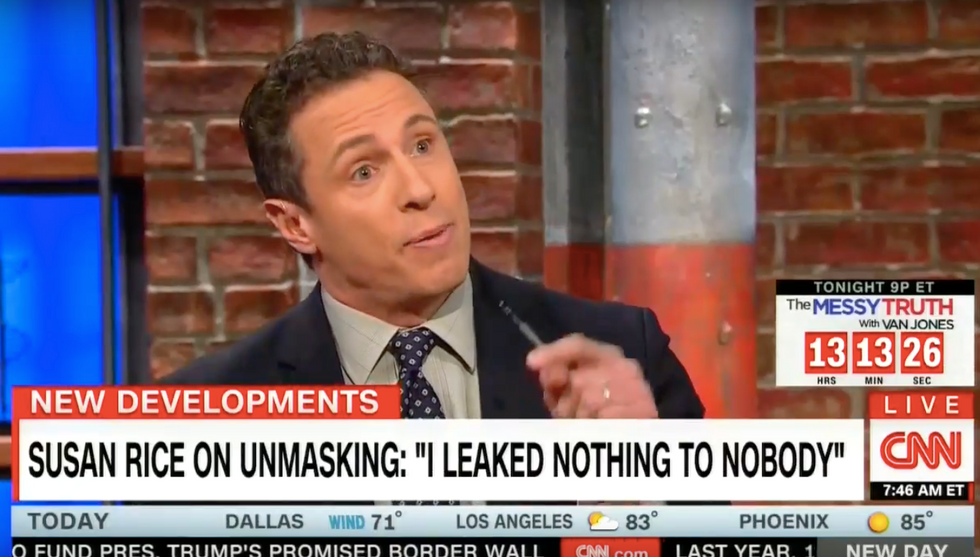 "Did you mean to add fuel to the fire when you said, 'Political espionage is too common, too tempting,'" Cuomo asked Lee. "Did you mean to suggest that Susan Rice may have done her unmasking for political reasons?"

"Look," said Lee, "I have no idea what she did. Those facts are being investigated. I've made this clear in every interview that I've done."

"But Breitbart is using you as a poster boy," Cuomo said, "and you know that is the president's viewing of choice. He loves to see what they put out. They are using you as the poster boy of people who believe that Susan Rice was politically motivated in an unmasking. Do they have it right?"

He then went on to say that he's had concerns about section 702 of the FISA court ruling for many years, but it is only now getting attention.

“The fact remains that we’ve got this technology that can do a whole lot of things," Lee said. "This is a 'Big Brother' type of problem we have to watch out for."

Cuomo continued with a kind of prosecutorial zeal, pointing out to Lee that his accusations won't "fly in a court of law, but they fly in the court of public opinion and it does seem as though you're saying Rice has to prove it wasn't politically motivated for me to believe that it wasn't."

Lee finally snapped, “That is an absolutely absurd manipulation of what I said. That is not at all what I said.”