CNN's Jake Tapper nails Steve Bannon's White House ambitions: 'His goal is to blow everything up' 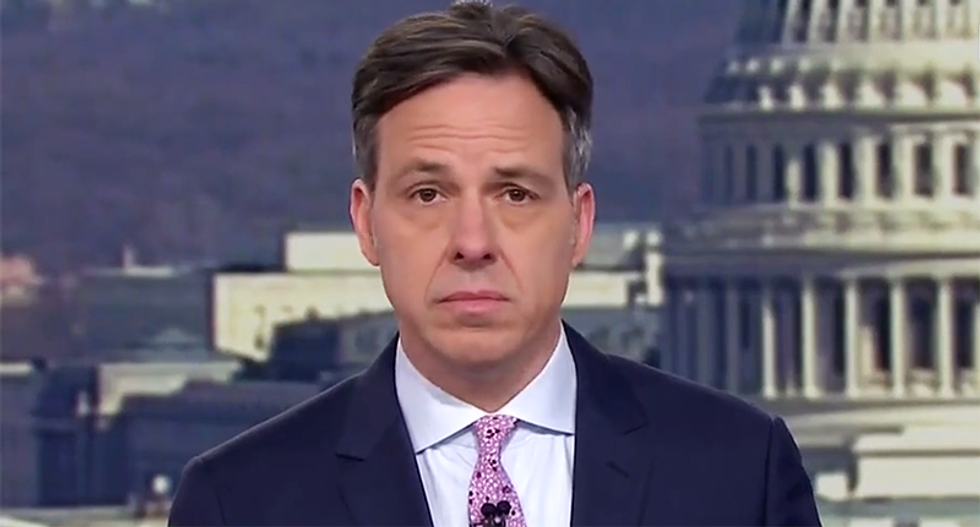 “Steve Bannon has made it clear,” Tapper told GQ’s Taffy Brodesser-Akner. “His goal is to blow everything up.”

That, according to Tapper, is the motivation behind the Trump administration’s relentless attacks on the press—“so there’s no confidence in anything except for President Trump.”

The CNN star argued if Trump “stopped the nonsense, he has the potential to be a very effective president.”

“The Republican officeholders in Washington are terrified of him,” Tapper explained. “He is, by nature, a deal-maker, and not particularly ideological. He could be a very effective president, but he keeps undermining himself with conspiracy theories and the attempt to undermine anyone who provides any sort of check or balance.”

Tapper has become a target for critics in recent months, with unknown Twitter users threatening to uncover damaging information about “The Lead” host. But he told GQ he’s unconcerned with their #TapperDirtFile efforts.

As for the growing fan club he’s amassed in recent months Tapper told Brodesser-Akner he thinks he “had a fairly good reputation before this year,” but conceded he’s “definitely getting some attention right now, at this period, that I wasn't before.”

“It's because I'm feisty or whatever,” he told Brodesser-Akner. “But I was always like this.”