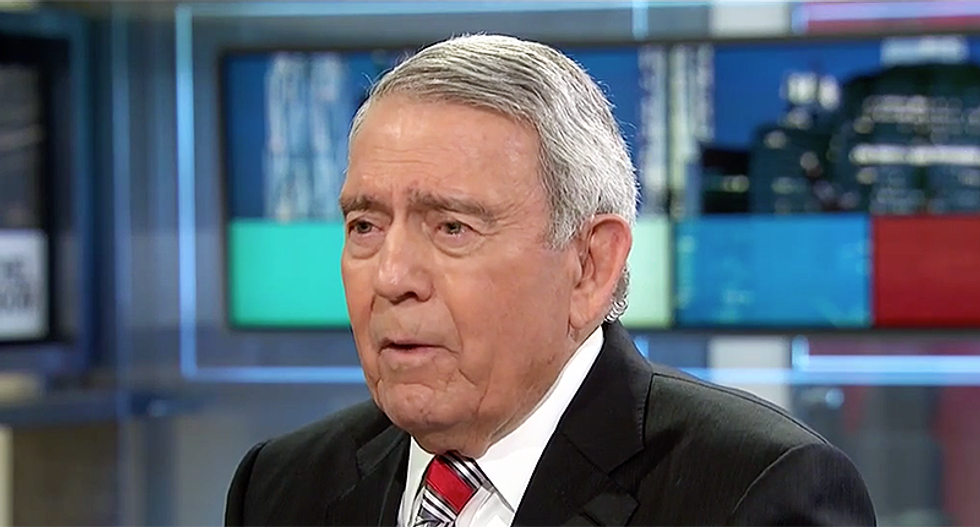 Veteran newsman Dan Rather cautioned President Donald Trump against spreading himself too thin by thinking he can simply go to war with everyone.

Rather told MSNBC's Rachel Maddow that North Korea is "a powder keg with a short fuse and the fuse is burning." He believes that Americans are finally now beginning to understand that the United States might actually go back to war.

"As I understand it, Donald Trump is trying to go to that line with North Korea," he continued. "But the North Korean regime is unstable. Their leader is unstable. And vulnerable. And we know the history of what happens when you have that kind of situation. A leader sometimes wants to engage a foreign power in a showdown. Maybe even a war in order to keep himself in power. But one can only pray that Donald Trump is reading up quickly on Korean War of the 1950s."

Rather went on to say that Trump being distracted by North Korea and playing a game of chicken with Kim Jong Un.

Dan Rather: Trump's reckless foreign policy is... by sarahburris