Dem strategist: 'Bigot' Trump's presidency is just like his businesses -- built on failure and fraud 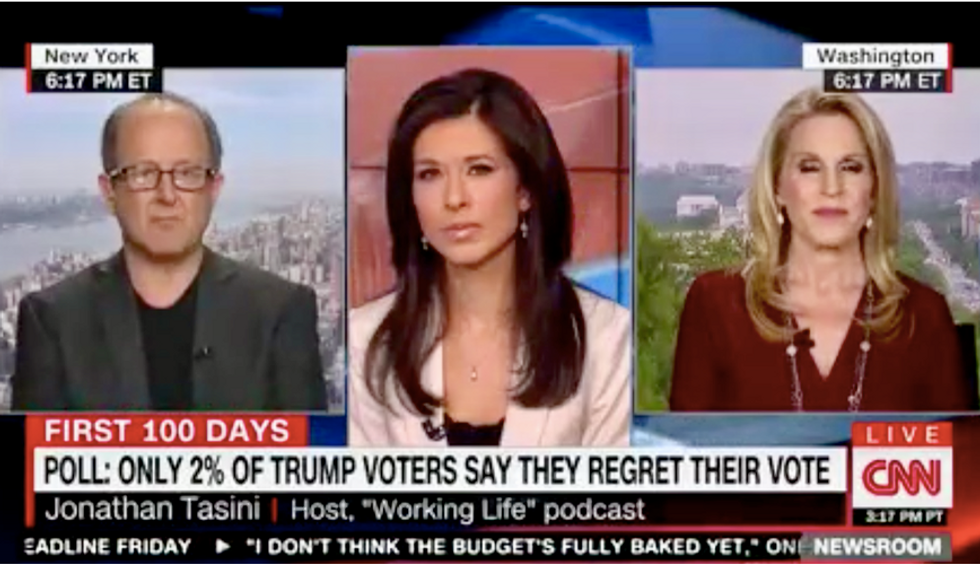 Democratic strategist Jonathan Tasini blistered President Donald Trump in a Sunday interview on CNN, saying that Trump's presidency -- regardless of how he tries to spin it -- has thus far been a series of failures and attempts to defraud people, just like his string of failed businesses.

"(T)he media tried to build up Donald Trump as a successful businessman," Tasini said, "and what they didn't focus on is that he built his business over two things: One is bankruptcy, which is failure, and basically borrowing money from many people and failing to the tune of billions of dollars."

He went on, And, number two, defrauding people. Thousands of people that he cheated and defrauded, that was brought out in a report by USA Today. So what that means is now people are looking at him trying to translate that failed business into trying to run a government and he's a completely failed executive. He does not know -- he's incompetent."

Trump has had no significant legislative triumphs in his first 100 days and -- while his devoted followers remain true to him -- is not showing any signs of improving on his historically low approval numbers.