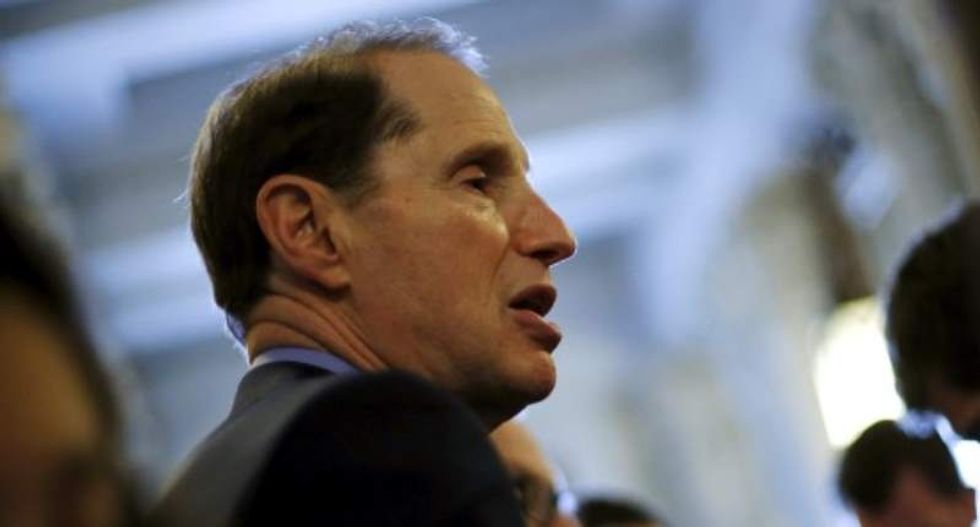 Sen. Ron Wyden (D-OR) speaks with reporters the weekly after party caucus luncheons at the U.S. Capitol in Washington on June 23, 2015. (Reuters/Jonathan Ernst)

Oregon Sen. Ron Wyden (D) on Friday sent a letter demanding to know on what grounds the Department of Homeland Security (DHS) -- by way of Customs and Border Patrol (CBP) -- attempted to force Twitter to reveal the identity of an anti-Trump user.

"The letter, addressed to acting commissioner of U.S. Customs and Border Protection Kevin McAleenan," wrote The Intercept's Sam Biddle, "requests that the agency “conduct an internal review into why and how CBP issued the summons and report on the results of that review.”

Twitter sued the U.S. government on Thursday for violating its civil rights as provided for under the U.S. Constitution.

The government was forced to drop its bid to unmask Twitter user @ALT_USCIS, an account that features the voices of federal workers whose jobs have been downsized or eliminated under Trump.

Wyden's letter went on, "On its face, CBP’s request for information on the @ALT_USCIS Twitter account appeared completely unrelated to the authority cited for the summons. Even more concerning is the possibility that CBP requested this information to learn if the accountholder(s) are employed by the Department of Homeland Security in order to take retaliatory action or otherwise squelch the exercise of First Amendment right to comment on U.S. policy, and to make these comments anonymously.”