'Democrats are asleep at the switch': Morning Joe panel rails against Dems for constant failures 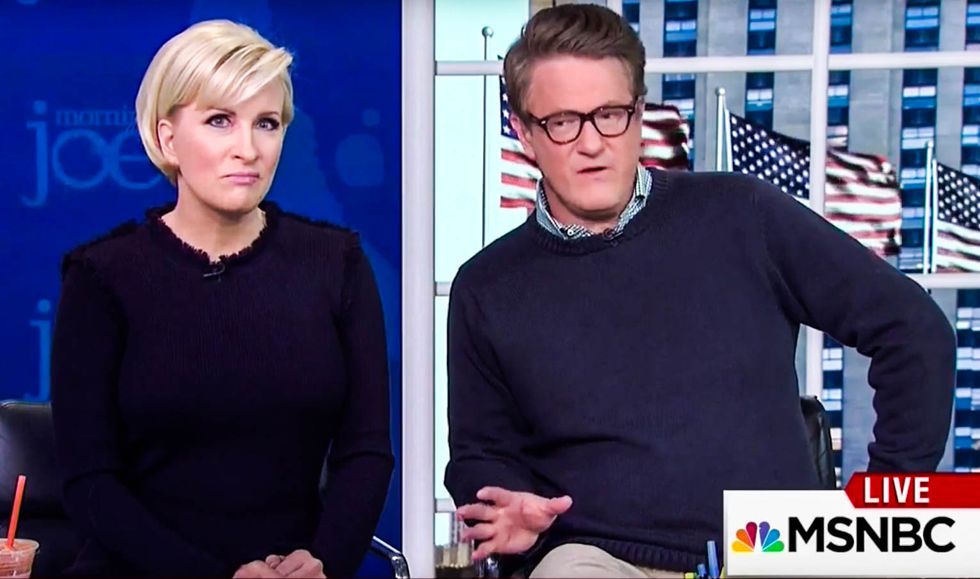 The Democratic Party lost another election in Kansas last week and "Morning Joe" co-host Joe Scarborough thinks it's largely because they didn't invest in the race. Further, the MSNBC morning panel couldn't understand why Democrats can't seem to win when they have everything working in their favor.

"It's true that the Democratic Party should have put more resources in that election," Sen. Bernie Sanders (I-VT) said in an interview with Jake Tapper on Sunday. "He ran 20 points better than the Democratic candidate for president did."

Scarborough claimed that protesting is great but protesters don't knock doors or make phone calls to these special elections in Kansas and Georgia.

"If you're protesting in Atlanta, for God sakes, don't hold up signs and chant," Scarborough said. "Knock on doors in the neighborhoods. Get out there. Make the change."

Former Rep. Harold Ford, Jr. noted that the last eight years, tea party activists have been hammering about undoing Obamacare and that Democrats should take a page out of their playbook.

'Investigation committees are in the House and Senate and make that the primary focus," Ford said. "One or two issues. Republicans have done better than we have at that. Democrats have got to do better going forward."

He went on to herald former Gov. Howard Dean (D-VT), who instituted the 50-state strategy and ensured there was an organizer in each state.

New York Times reporter Jeremy Peters said that the Democrats have no bench of candidates. "There's no leadership," he said. "There's such a vacuum. The Sclerosis of the Democratic Party is so overwhelming and crippling that they do not have a bench. They do not have leaders."

"That's where the focus has to be," Ford said. "In addition, governors' races next year, including in Michigan, Ohio, Florida."

"Democrats are essential, pardon me, asleep at the switch," Richard Haas claimed. "Republicans targeted all sorts of state races, legislature and senate, and those states that are very close. They won control of both Houses and now what we're seeing at the federal level, years and years of quiet effort with very little money had outside results and consequences of taking over all sorts of state houses. It's now going to take the Democrats ten years of concerted do this."

'Democrats are asleep at the switch': Morning... by sarahburris