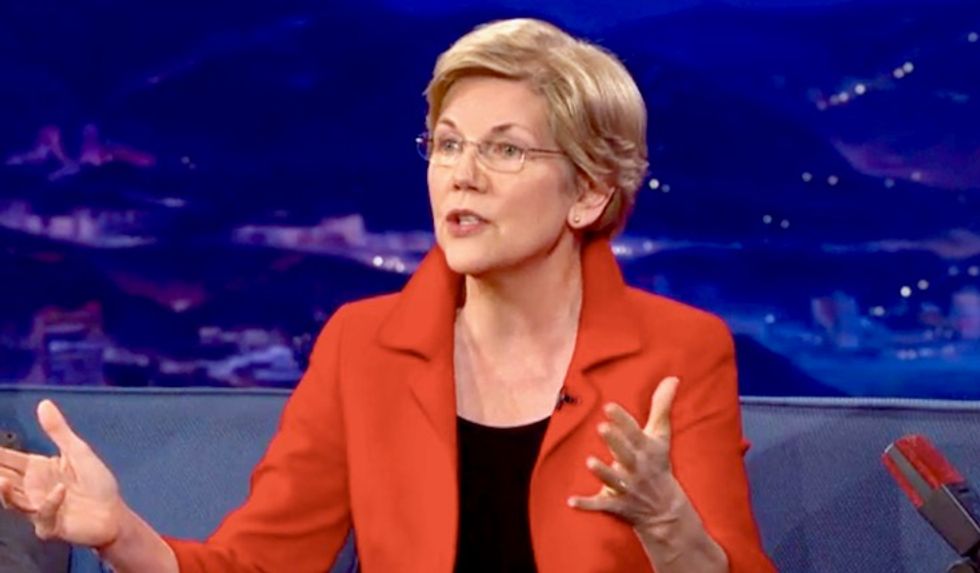 Barack Obama faced criticism Thursday from his fellow Democrat, the firebrand Senator Elizabeth Warren, who expressed concern about reports that the former US president will receive a $400,000 speaking fee from a Wall Street investment firm.

"Well, I was troubled by that," Warren said on the Sirius XM radio show "Alter Family Politics" when asked about Obama receiving in a day the same amount as his annual presidential salary.

President Donald Trump's predecessor has agreed to speak at a Wall Street health care conference hosted in September by the investment bank Cantor Fitzgerald, according to Fox Business.

Warren is widely seen as a potential 2020 presidential candidate. The 67-year-old has been an outspoken critic of Wall Street for years and has railed against the influence of big money in politics.

"I describe it as a snake that slithers through Washington," she said. "I think it ultimately threatens democracy."

The reported $400,000 figure is substantially higher than the $225,000 Hillary Clinton received in 2013, when last year's presidential hopeful addressed a Goldman Sachs conference, one in a series of Wall Street speeches she delivered.

Obama excoriated "Wall Street fat cats" during his presidency, boosting current criticism that his huge speaking deal amounts to cashing in after eight years on the federal pay roll.

But he is hardly the first former president to pad his personal wealth with speaking engagements after leaving stepping down, and Obama adviser Eric Schultz sought to knock back the criticism.

"In 2008, Barack Obama raised more money from Wall Street than any candidate in history, and still went on to successfully pass and implement the toughest reforms on Wall Street" in 60 years, he said in a statement.

"While he'll continue to give speeches from time to time, he'll spend most of his time writing his book and, as he said in Chicago this week, focusing his post-presidency work on training and elevating a new generation of political leaders in America."

Obama returned to the public spotlight Monday, addressing a University of Chicago forum where he discussed the need for greater civic engagement among young people.

Barack and former first lady Michelle Obama have signed a deal to publish their memoirs reportedly worth tens of millions of dollars.