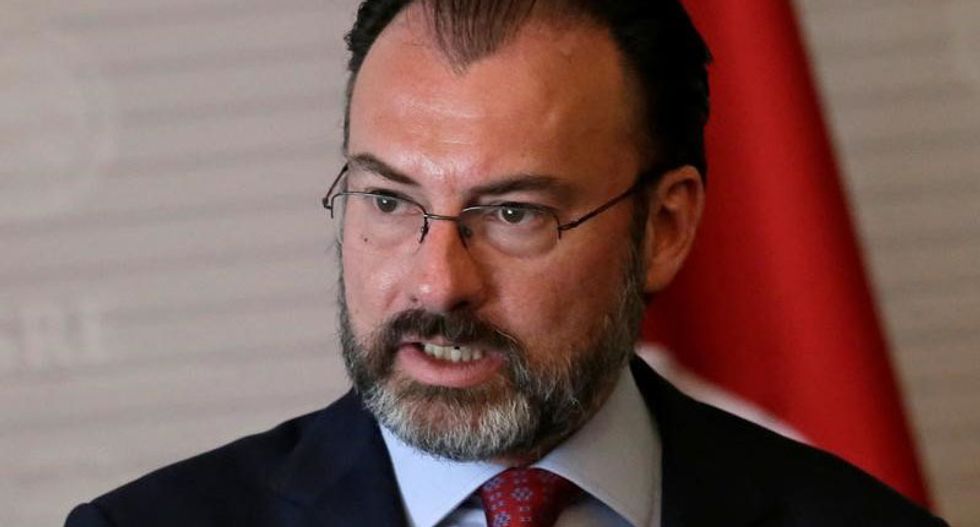 Relations between the United States and Mexico have seen "enormous progress" during the first months of the administration of U.S. President Donald Trump, Mexican Foreign Minister Luis Videgaray said on Thursday.

His remarks followed a Wednesday night call between Trump and Mexican President Enrique Pena Nieto in which the leaders discussed the renegotiation of the North American Free Trade Agreement (NAFTA).

"We have generated a respectful dynamic through dialogue ... we've advanced enormously in the correct direction," Videgaray told local broadcaster Televisa in an interview.

Trump said on Thursday morning on Twitter that renegotiating NAFTA with neighboring Mexico and Canada was "very possible," but he threatened to scrap the pact if the countries failed to reach a "fair deal for all."