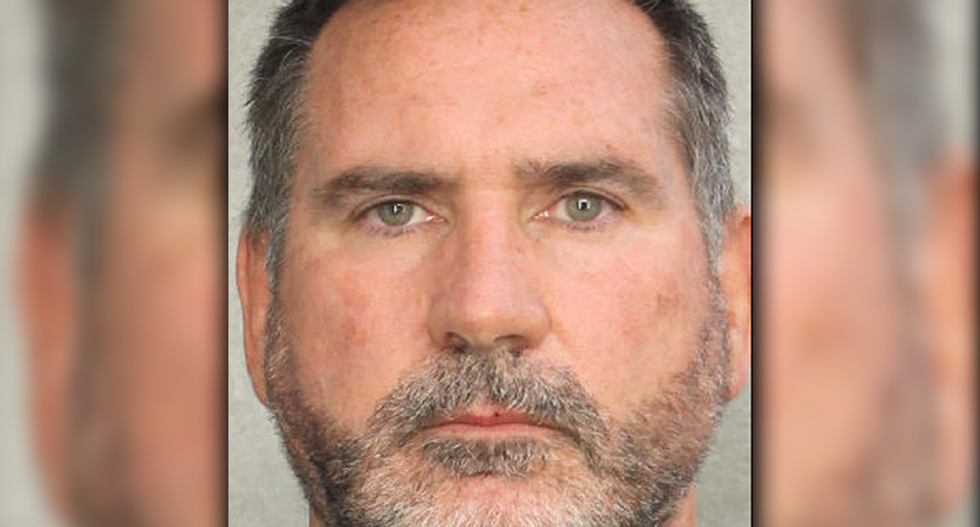 Hollywood, Florida police sent out hundreds of letters to anyone arrested for domestic violence claiming that police would be targeting them for enhanced "scrutiny and/or penalties" and "unannounced police checks on your residence." However, police seem to be exempt from the threat.

The Miami Herald reported that one police officer, who spent the night in jail after a physical altercation with his wife, did not receive the warming. The state also opted not to prosecute him for hitting and kicking his wife.

Sgt. Rhett Cady of Hollywood’s Domestic Violence Unit told those arrested that the city is “taking a new focused approach in preventing future acts of domestic violence.” The new program will put names on a "watch list" for "C-list" offenders, meaning anyone charged with at least one domestic violence-related offense.

“Your status as a ‘C’ list offender brings you closer to a possible prison sentence,” the letter outlines.

Public Defender Howard Finkelstein responded to Police Chief Tomas Sanchez with a letter of his own.

“There is no legal authority for the letter, thus it is nothing more than an unlawful threat of retaliation directed at individuals who were merely accused of a crime and who are entitled to a presumption of innocence in a court of law,” he wrote. “The letter smacks of police intimidation and threatens the illegal and unconstitutional entry of the arrestee’s home. This overreaching is offensive to civil liberty and completely ignores the law with respect to law enforcement’s authority to enter a person’s home.”

But, Finkelstein noted that "it is very telling" that one of the force's own officers “was not placed on the watch list and not sent the target letter. This is either evidence of favoritism and a double standard, or it is a tacit acknowledgment that the letter threatens illegal police action that would be easily recognized by a trained law enforcement officer."

The Domestic Violence Unit were the ones to arrest Lt. Michael McKinney last year when his wife claimed he hit her in the head twice and kicked her in the ribs. The police report revealed McKinney's wife refused to press criminal charges" and that the state attorney decided not to prosecute based on that.

The city promises that since the program began in 2015, Hollywood has had a “26 percent [on average]” reduction in domestic-related incidents monthly.

“When they say the reduction is in part because of their efforts, well maybe in part but I doubt it is statistically significant,” Finkelstein said, noting that crimes are all down across the board. “Checking in on victims is a good idea. Showing care and concern. But using threats intimidation and physical force and or presence directed toward the presumed innocent arrestee is wrong and illegal. …The road to constitutional hell is always paved with good intentions.”

High Point, North Carolina implemented a similar program, which they detail in slides from a PowerPoint on their website. It's part of a pilot program created to uncover if the method of continuing to watch those convicted of domestic violence to calculate the impact it has on violent crimes including domestic violence. It explains that in the past, the focus has been on the survivor of domestic violence and enacting laws that protect survivors. This approach works to prevent violence from the abuser. It's unclear whether other police departments testing this method are also not applying it to their own officers.