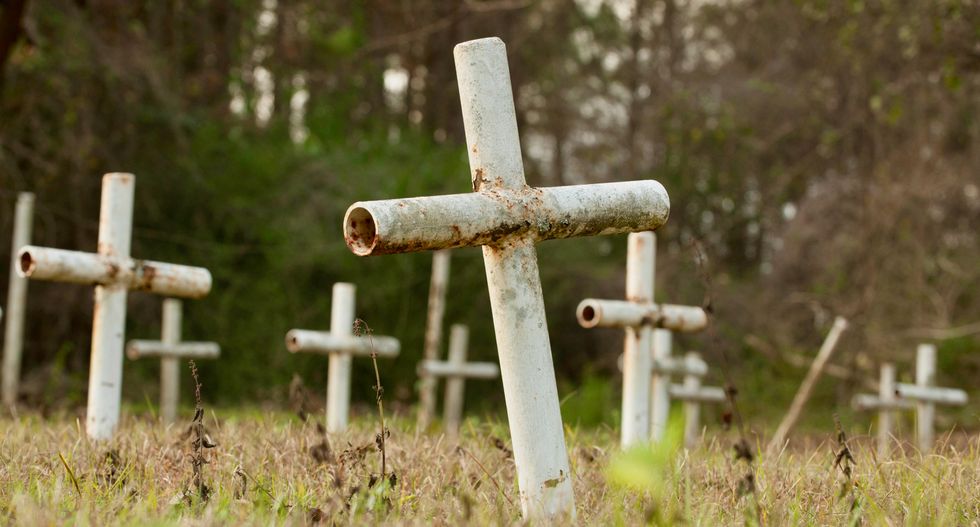 The Florida Senate formally apologized on Wednesday to victims who suffered brutality, sexual abuse and even death after being sent as boys to a reform school with a history of troubles long denied by the state.

The infamous site, which opened in 1900 in Marianna as the Florida State Reform School and was later named the Arthur G. Dozier School for Boys, closed in 2011.

From its early days, the school was plagued by allegations of abuse. Senator Darryl Rouson, a Democrat who introduced the resolution expressing official regret and apology, said the state conducted six investigations in the school's first 13 years after "reports of children being chained to walls in irons, severely beaten and used for child labor.”

A forensic investigation between 2013 and 2016 uncovered graves for 55 boys, 24 more sites than reported in official records, according to the Senate resolution. Most of the bones have not been identified and some of the deaths are believed to have resulted from abuse.

“These bones are telling the story," Rouson said. "The story they tell is one of a shameful history."

Boys were sent to Dozier for a wide range of alleged offenses from murder to smoking and skipping school. Many were not given a hearing or legal representation.

Fourteen men who had been sent to Dozier and a second reform school that opened in 1955 in Okeechobee, Florida, attended the Senate session on Wednesday.

"We apologize," Rouson said to the men. "We are sorry, and this resolution on behalf of this Florida Senate commits to ensuring that the children of Florida are protected from this kind of abuse and violations of fundamental human decency."

Investigative reports by the St. Petersburg Times newspaper starting in 2009 kicked off the increased attention in recent years to the scandal.

After U.S. Justice Department and state investigations revealed abuses by interviewing more than 500 former students, the two schools were shuttered.