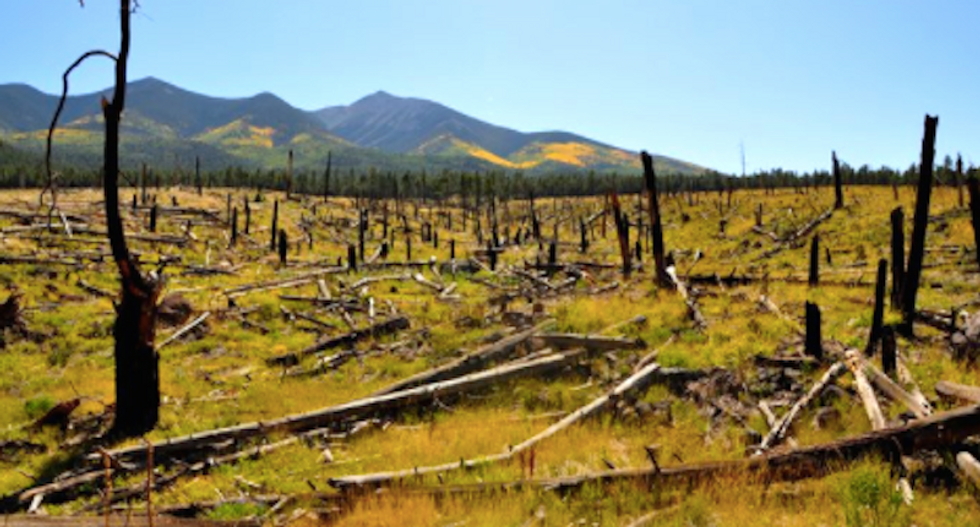 The U.S. Forest Service tweeted out an apparent protest of President Donald Trump's executive order that would open up national monuments for development.

The agency's official Twitter account posted a photo Thursday morning apparently showing the remnants of a forest fire in a mountain wilderness area, with the caption, "All of the forests are gone #HintsYoureInHell."

Trump signed an executive order Wednesday that would reverse many of the environmental protections put in place by former President Barack Obama.

The Republican president said Obama had abused his authority under the 1906 Antiquities Act to "lock up" millions of acres under federal protection, which Trump said had restricted economic growth.

His order could potentially open up federal lands to drilling, mining and other development.

Trump was needled immediately upon his inauguration on Twitter accounts maintained by the EPA, National Park Service and the Forest Service under the Department of Agriculture, which posted climate facts and other information that rebutted White House views.