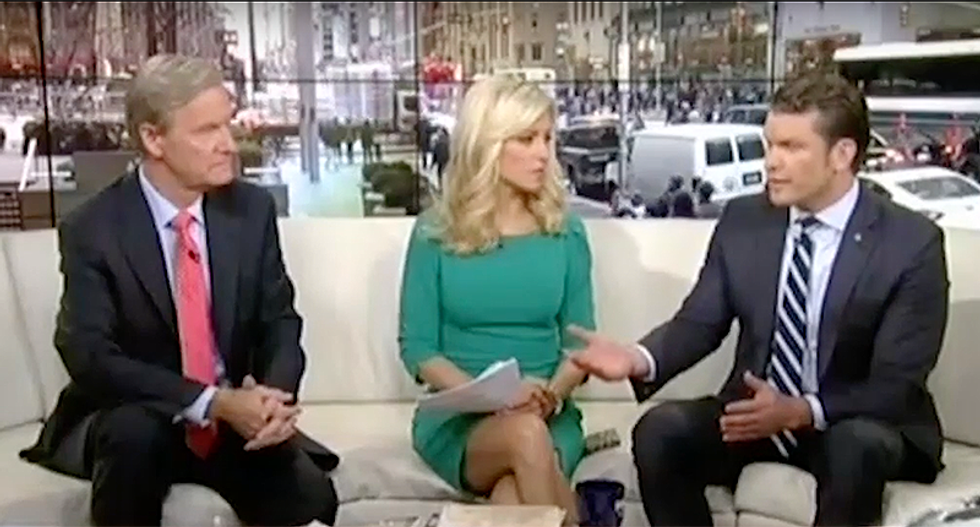 President Donald Trump's jobs numbers in the third month of his presidency showed that the economic progress is slowing. The latest numbers boast only 98,000 new jobs after reporting 219,000 in February.

Fox and Friends spent the morning trying to spin the numbers into something that seemed like a win for Trump, Media Matters captured Friday.

Ainsley Earhardt and Pete Hegseth cheered the rate as "good" and "great" news, before Doocy reported that hiring slowed.

"But the new unemployment rate: 4.5!" he reinforced.

Earhardt noted that she wanted to see how the approval rating appears in the next week since the Syrian airstrike.

"Well yeah, and that's not why you do anything like this," Hegseth said, claiming that Trump was not "wagging the dog" with the strike as the economy slowed. "But if you show decisive leadership people appreciate that. If jobs are coming back, you're nominating a Supreme Court justice that will be confirmed today, that's progress."

Doocy proclaimed today could become "the most successful day thus far of the Trump presidency."

Watch the full video below via MediaMatters: