Furious Sean Hannity loses it in caps-lock rant against accuser: 'I will fight every single lie' 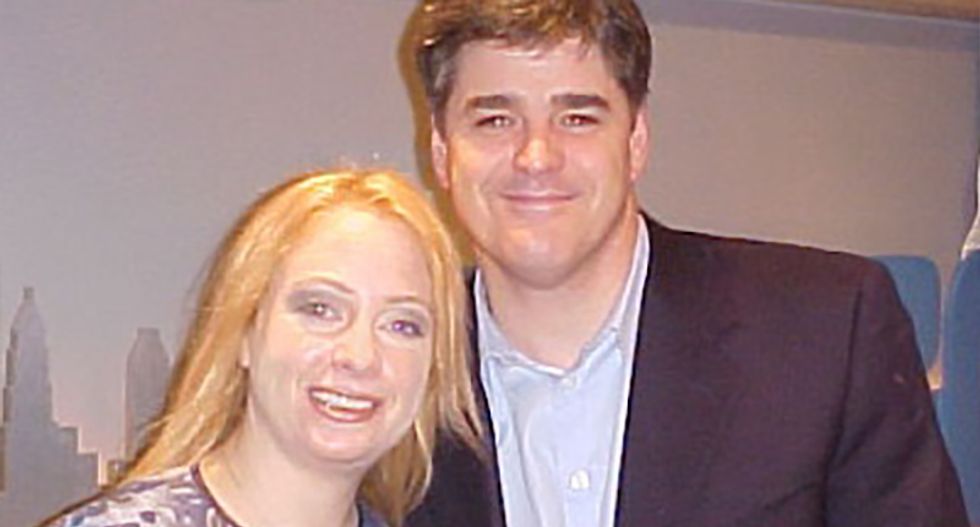 In a statement, Hannity called the woman "a serial harasser."

"LET ME BE CLEAR THE COMMENTS ABOUT ME ON A RADIO SHOW THIS WEEK by this individual ARE 100 percent false and a complete fabrication," Hannity explained. "This individual is a serial harasser who has been lying about me for well over a decade. The individual has a history of making provably false statements against me in an effort to slander, smear and besmirch my reputation."

He claimed Schlussel has slandered him over the years as a desperate need for attention, "including making unfounded personal attacks and using indefensible and outrageous political rhetoric."

"My patience with this individual is over," Hannity continued. "I have retained a team of some of the finest and toughest lawyers in the country who are now in the process of laying out the legal course of action we will be taking against this individual."

Hannity's statement comes just days after Schlussel accused Hannity of "creepy" actions but came short of describing it as outright sexual harassment. She described an incident in which Hannity had her stand beside him at a book signing and invited him back to his hotel room after the event. When she refused, saying she had to get ready for the show, she claimed she was never booked again.

Hannity called the attack on him part of "coordinated effort afoot to silence those with conservative views."

Fox has faced multiple accusations of sexual harassment and many allege there is a culture of harassment at the network. So far, such accusations have brought down head Roger Ailes and Bill O'Reilly, cost the network $83 million in settlements and buyouts, prompted a federal investigation and resulted in lead female hosts leaving the network.

"I will fight every single lie about me by all legal means available to me as an American," Hannity swore.