'He's not a freshman - he's the president': CNN panel hammers Trump on ignorance of world issues 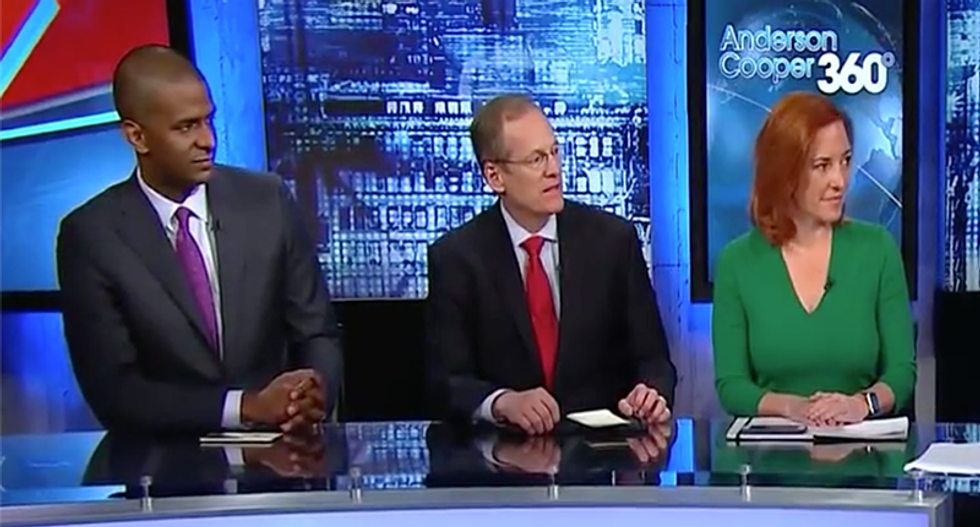 It's one thing if you're a political candidate, it's another thing entirely if you're the president of the United States. That was the take Thursday night on Anderson Cooper's political panel.

As president of the United States, Donald Trump has been forced into a crash course on nearly every single political issue he pretended to be an expert on as a candidate. As a result, he's changed a lot of his positions.

Kayleigh McEnany tried to claim that things have changed and with them, Trump also has changed. But Cooper challenged her on it, saying that nothing has changed, rather, it seems Trump has learned more information that prompted a change in his understanding on the issue.

Cooper explained that he wasn't criticizing Trump. "People should change, but to pretend everything else has changed, it just seems hypocritical."

Lewis said that Trump had the potential to change, despite being 70-years-old.

"He had never been elected it anything," he continued. "It makes sense in the first 100 days you would discover and learn things and grow wiser. I'm pretty happy with the direction things are going if people like Bannon, that I thought was a negative influence, is being marginalized. You have other people like H.R. McMaster who replaced Flynn, that was a big trade off. But, look, I think he's flipping in the right direction."

"A lot of these positions are standard fare for Republicans and Democrats," she explained. "We haven't designated China a currency manipulator in more than 20 years. NATO and troops in NATO have been fighting terrorism for more than 10 years. A lot of this has been consistent. What's stunning is the fact he is learning a lot about global affairs on the job. He's not a freshman in model U.N. He's the president of the United States. I think what we're seeing over the last week is a really concerning lack of knowledge of a lot of these events and how complicated these issues are."

You can watch the full panel below:

'He's not a freshman - he's the president': CNN... by sarahburris