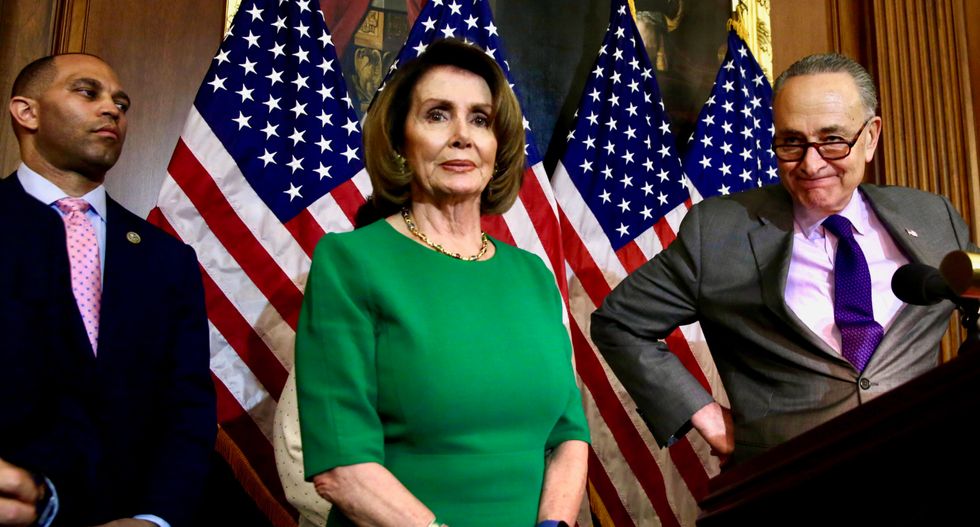 The U.S. House of Representatives on Friday overwhelmingly passed stopgap legislation to avert a government shutdown at midnight and buy time on reaching a deal on federal spending through the end of the fiscal year.

The legislation now goes to the Senate, where Republican leaders hope to take it up later in the day, approve it and send it to President Donald Trump to sign into law.

The bill in the Republican-led Congress provides federal funding until May 5, allowing lawmakers to hammer out legislation over the next few days to keep the government funded for the rest of the fiscal year that ends Sept. 30.

Congress has been tied in knots over $1 trillion in spending priorities for months. Lawmakers were supposed to have taken care of the current fiscal year appropriations bills by last Oct. 1.

Lawmakers' frustration at their inability to take care of the basic functions of government in a timely manner was on display on the House floor as debate opened.

"Let's make sure these basics are done for the American people and then let's get about the important business of changing their tax code and making sure they have the best healthcare in the world," said Republican Representative Tom Cole of Oklahoma.

"We are seven months into the fiscal year," added Representative Nita Lowey of New York, the top Democrat on the House Appropriations Committee. "Federal departments and agencies have been operating on outdated funding levels and policies for more than half of the year. This is unacceptable and it cannot continue."

Lowey noted the legislation voted on by the House was the third stopgap spending measure, called a continuing resolution, during the current fiscal year.

In addition to opposition from Democrats, there are deep divisions among Republicans over exactly how to change the tax code and overhaul the U.S. healthcare system.

The action on the spending bill comes a day after House Republican leaders again put on hold a possible vote on major healthcare legislation sought by Trump to dismantle the 2010 Affordable Care Act, dubbed Obamacare, after moderates in the party balked at provisions added to entice hardline conservatives.

The government was last forced to close in October 2013, when Republican Senator Ted Cruz of Texas and some of the most conservative House Republicans engineered a 17-day shutdown in an unsuccessful quest to kill former Democratic President Barack Obama's healthcare law.

RUN OUT OF MONEY

Trump, a Republican, bowed to Democratic demands that the spending bill not include money to start building a wall along the U.S.-Mexico border he said is needed to fight illegal immigration and stop drug smugglers.

The Trump administration also agreed to continue funding for a major component of Obamacare despite Republican vows to end the program.

Without the extension or a longer-term funding bill, federal agencies will run out of money by midnight Friday, likely triggering abrupt layoffs of hundreds of thousands of federal government workers until funding resumes.

A federal closure would shutter National Park Service destinations like the Statue of Liberty, Yellowstone and the Grand Canyon. Government medical research would be suspended.

Thousands of federal workers would be furloughed with thousands more working without pay until the shutdown ends, including homeland security personnel. Some veterans benefits could be suspended.

In the bigger spending bill to be negotiated in the coming days, it remained unclear whether Republicans would prevail in their effort to sharply boost defense spending without similar increases for other domestic programs. Trump has proposed a $30 billion spending hike for the Pentagon for the rest of this fiscal year.

House and Senate negotiators also have been struggling over funding to make a healthcare program for coal miners permanent and whether to plug a gap in Puerto Rico's Medicaid program, the government health insurance program for the poor.

(Additional reporting by Amanda Becker and Susan Cornwell; Writing by Will Dunham; Editing by Jeffrey Benkoe)