'How do you like me now?': Will Ferrell returns as George W. Bush on Samantha Bee's 'Not the WHCD' 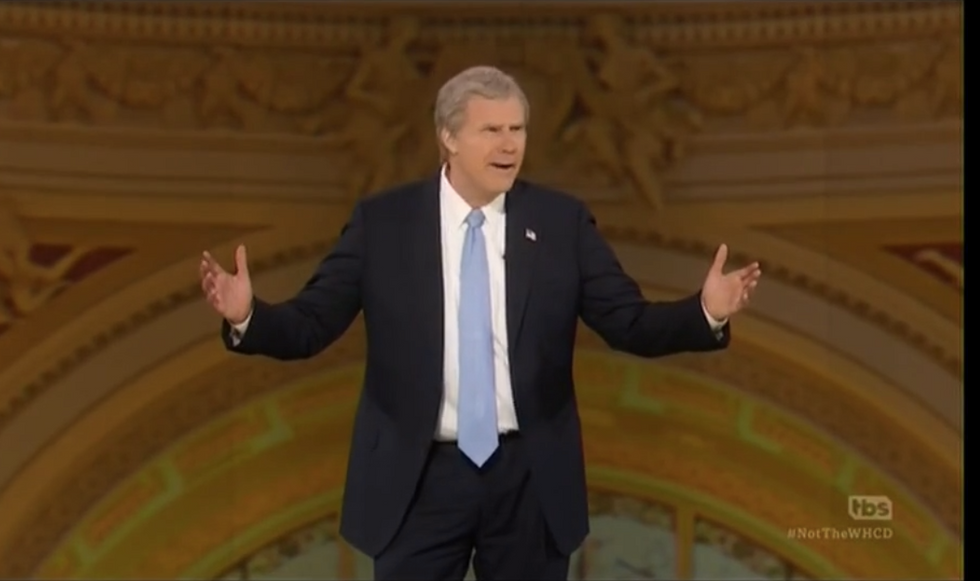 Actor Will Ferrell as Pres. George W. Bush on Samantha Bee's 'Not the WHCD' (Screen capture)

"History has proven to be kinder to me than many of you thought," Ferrell told the crowd as Bush. "For the longest time, I was considered the worst president of all time. That has changed -- and it only took 100 days."

In character as the 43rd president, Ferrell slammed Fox News and offered a bit of well-meaning fashion advice for President Donald Trump, saying, "A big, long tie that goes past your mid-thigh does not mean what you think it means."

WATCH: President George W. Bush appears at the... by sarahburris