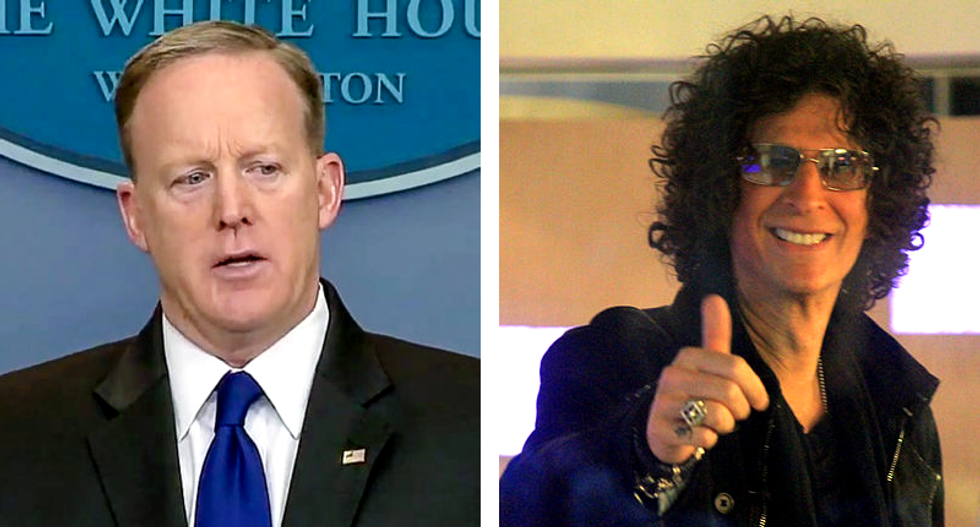 Spicer made the controversial statement Tuesday during a White House press briefing, arguing Hitler “didn’t even sink” to Syrian dictator Bashar al-Assad’s level by using chemical weapons against. Spicer was forced to walk back that claim, eventually apologizing for becoming a “distraction” from the Trump administration.

“When I heard this, I was like, Trump’s got to fire this guy, I think,” Stern said on his SiriusXM radio show.

“Spicer managed to make Assad look good,” Stern argued, noting after Spicer made those remarks, the conversation shifted focus from the atrocities committed by Assad’s regime. Instead, people were left wondering how Spicer could “not know that Hitler marched his own people … to concentration camps and turned on chemical gas.”

“It was somewhat remarkable that a guy this high up in the administration wouldn’t know this,” Stern said. “The guy’s just not informed, and it’s kind of embarrassing—it’s just embarrassing.”

“But it’s entertaining as hell,” Stern added, insisting if what Trump wants is “ratings” and “comedy, there’s nothing better than this.”

“There were no other guys available for this job when Trump was looking for a press secretary?” Stern asked, adding Spicer speaks “fluent moron.”

“Why would [Trump] not want a guy that makes him look good?” Stern, a long-time friends of the president, asked.