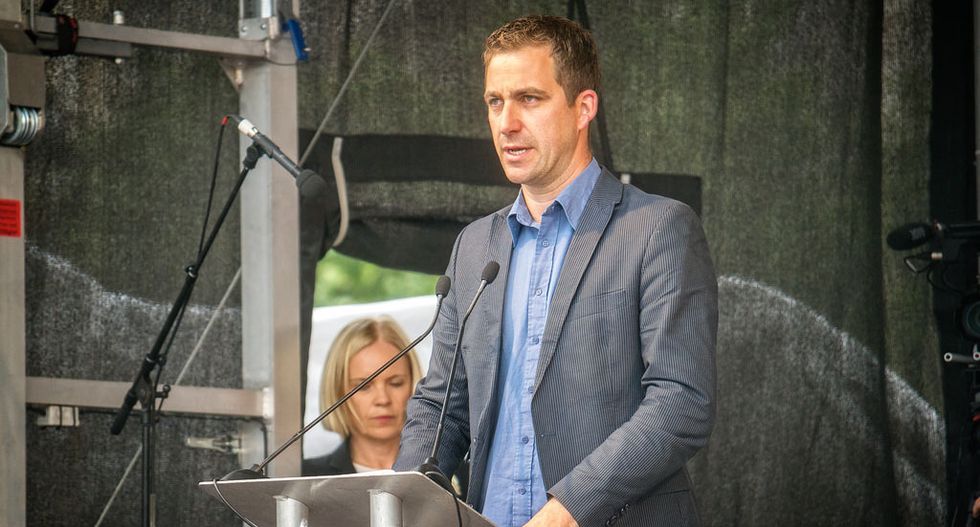 The husband of Jo Cox, the British lawmaker shot dead by a far-right extremist just before the Brexit vote, said Donald Trump “legitimized” the hatred that led to his wife’s death, the Daily Beast reports.

Brendan Cox was speaking with ABC News’ Juju Chang at a Women in the World panel in New York City. The panel was called “Life after death: defeating white supremacy,” and included Cox as well as Felicia Sanders, whose son Tywanza Sanders was killed by Dylan Roof in the Charleston Church Massacre.

“We should stop calling them populists,” Cox said of figures like Trump. “They are racists, homophobes—we should call them what they are, and take them on. They pretend to be the silent majority. But they are not silent, and they are not the majority.”

Cox argued groups targeted by white supremacists need to join forces and mobilize against those who seek to persecute them, calling those groups the real silent majority.

Earlier in the panel, Sanders recalled the day when Roof shot her son dead. According to Sanders, Tywanza had confronted the murderer during his rampage, asking him, “Why are doing this?”

“You do not have to do this,” Tywanza continued, according to Sanders. “We mean you no harm.”

“I look around the audience, and see so much Caucasians,” Sanders said during the panel. “We really do not mean you no harm. The problem is that we don’t take time to know each other.”

“Don’t be afraid of me,” she added. “The only thing that separates us is not knowing one another. We may have a different skin color, but we all bleed red.”