It's 'the asshole generation': Maher panel rips into the sexual harassment at Fox News 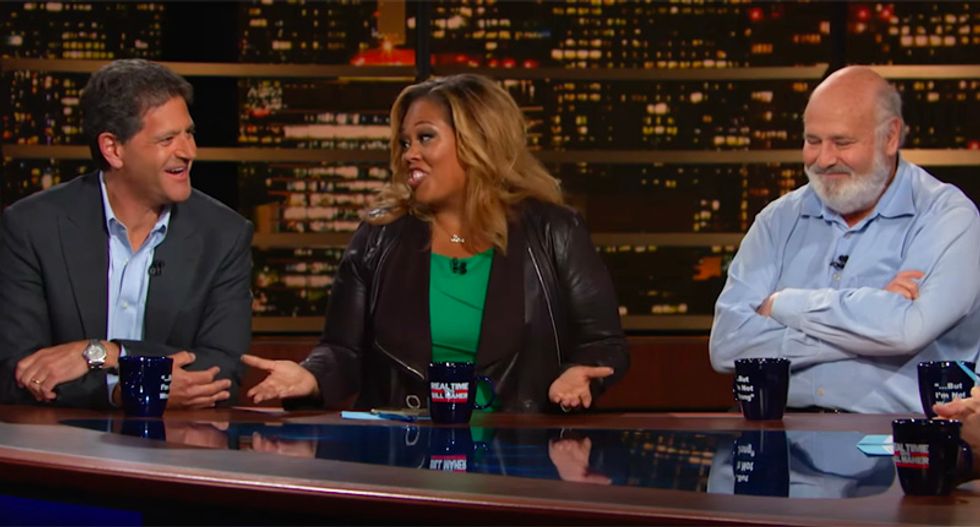 During a panel discussion the Overtime segment of Bill Maher's Real Time, the topic of Fox News sexual harassment scandals came up with one panelist describing it as the end result of a "generation of assholes."

Asked by host Maher if she ever faced any problems when she appeared on Fox, conservative commentator Tara Setmayer stated that she didn't but that there was definitely a problem.

"I have appeared there and I have appeared on Bill O'Reilly's shows in years past," Setmayer explained. "I hadn't experienced that, but I have friends who have been over there and, you know, it was a very problematic culture obviously. But I think it was also a reflection of the generation of people who ran it. You know, when you look at guys who are at theat age --"

"The Mad Men generation," Setmayer conceded. "They come from a time when you could slap a woman's --"

"Let's not be f*cking ageist about this," Maher jumped in. "That's the last okay prejudice."

"What I'm saying is, what happened at Fox News is that it was okay. The generation now is saying that it is not okay" Setmayer shot back. "You're going to see less and less of this sexism, it's not over with, but progress is being made. You see that people are paying a price for it."