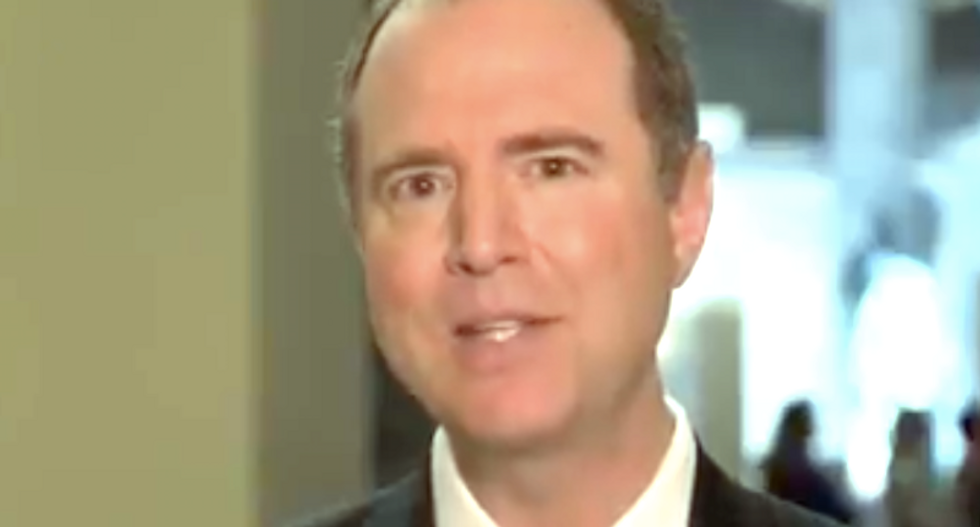 "The person that is in the best position to talk about the events that led up to his firing is Sally Yates," Schiff told MSNBC's Andrea Mitchell.

The ranking Democrat on the House Intelligence Committee has asked for Yates, the former acting attorney general, to testify about what she told the White House counsel about Flynn's communications with the Russian ambassador.

"She is more than willing to testify, we have asked her to testify, the White House says -- at least -- publicly -- they want her to testify," Schiff said. "There is a letter sitting on the desk of my chairman that I've signed, requesting that hearing to be rescheduled, and we are waiting for a response."

"Sean Spicer has said he would like Sally Yates to testify, so let's hold Sean Spicer to his word," Schiff said. "Let's bring her in and allow her to tell the American people just what led to Michael Flynn's firing and what she may know about any conversation he had with the Russian ambassador on the subject of relief from Obama sanctions on Russia over its intervention to help Donald Trump."

There's only one thing holding up her testimony, Schiff said -- and that's Nunes agreeing to reschedule the hearing.

Schiff accused President Donald Trump and his allies of attempting to set up a distraction by blaming Susan Rice, Obama's national security adviser, for revelations about Flynn and his contacts with the Russian ambassador.

"The Breitbart crew always loves (that)," Schiff said. "It's a tried and true formula to go after Susan Rice."