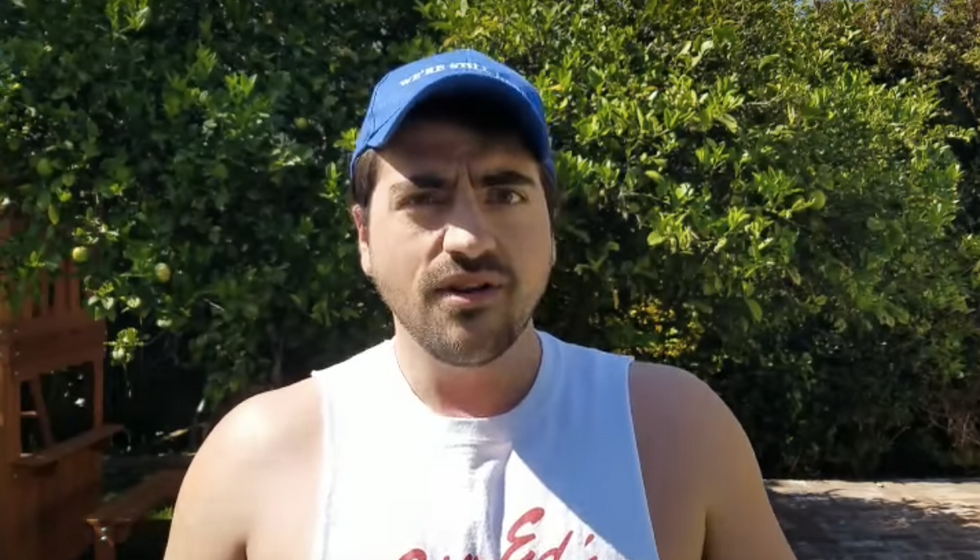 "We're at war, ain't we?" asked "Liberal Redneck" Trae Crowder in his newest video, referring to President Donald Trump's military engagements in Syria and Afghanistan and threats against North Korea.

"Look, man, I don't know what's going on with all this stuff, but it all feels a little 'Wag the Dog'-y to me," Crowder said. An unpopular Trump knows that "nothing gets the thick syrupy blood flowing to his base's freedom boner quite like a war."

The problem Trump didn't account for, he said, is that for those voters, "their Bible says you have to hate everything a black president does."

Those people spent the last 8 years telling Obama to stay out of Syria, Crowder said, "and also quit playing basketball and running the country so well and talking so g*ddamn good."

And the distractions have been working for Trump, Crowder said, because we're not talking about Russia anymore, are we?

"It's worth paying attention to," he said, "but all I'm saying is we can't let it completely distract us from the potential that this administration is literally treasonous. And if that turns out to be true, then none of the rest of this sh*t matters."

"I don't give a damn if he starts talking about dropping the Meemaw of all bombs, that's all I'm saying," Crowder concluded. "This sh*t's wild."