Lindsey Graham: Trump agrees that Syrian airstrike was only 'the first step' 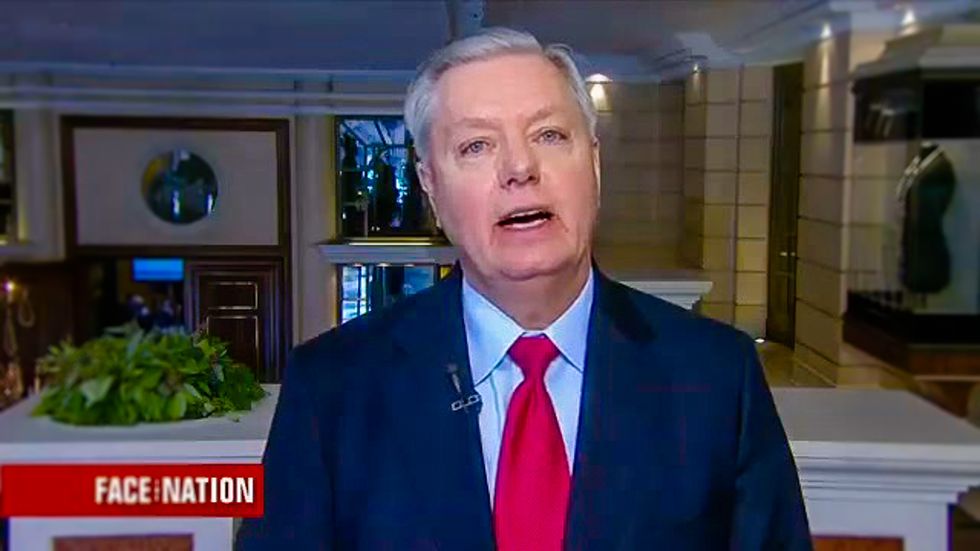 As reported by the Washington Post's Dave Weigel, Graham explained to reporters that he told Trump that the strike against Assad was only "the first step" in the fight against him, and Trump told the senator that "I believe you're right."

Graham also said that Trump was very pleased by the global reaction he received for his decision to bomb Assad, as several leaders from around the world called him to offer thanks.

"I think there's a side to President Trump that's very much like Ronald Reagan," Graham gushed at one point.

As a presidential candidate in 2016, Trump repeatedly attacked foreign interventions such as the Iraq war and the U.S. involvement in Libya for destabilizing the Middle East. It was just days ago that the administration's policy on Assad was to give up on regime change and let the Syrian government stay in power.