Little Miss Flint rips Trump: He hasn't kept his promise to fix the water and 'was not so nice to me' 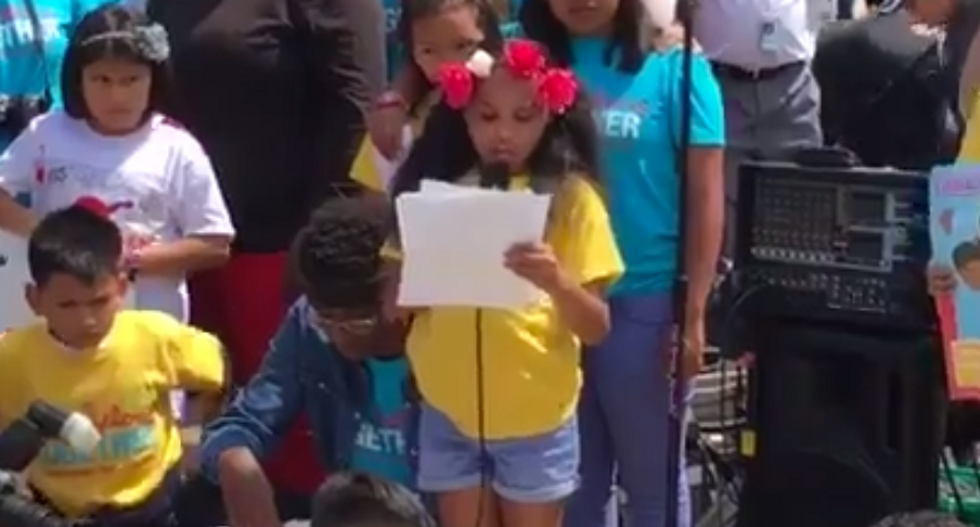 Speaking at the We Belong Together rally outside of the White House, Copeny pointed out the president once promised to “focus on helping Michigan improve Flint’s water infrastructure.” Instead, she said, he’s focused on building a wall and keeping immigrants out of the country. She also contrasted Trump with his predecessor, Barack Obama.

“I wrote a letter then to President Obama,” Copeny said in a speech. “Not only did he write me back, but came to Flint to meet me. President Trump also came to Flint. I met him. He was not so very nice to me at all.”

“Later on the campaign trail, [Trump] promised that he would fix Flint,” Copeny continued. “Unfortunately, this was one promise that he failed to keep, just like his promise to make American great again. One promise he made sure to keep was to build his wall.”

“Trump is tearing families apart with his policies on immigration,” she added. “And us kids are here to tell him, no more!”

The Flint water crisis, which began in 2014 when it was revealed that residents were exposed to dangerous levels of lead in their drinking water, has still not fully resolved. Although the water quality has returned to acceptable levels, residents are still instructed to use bottled or filtered water until the pipes are replaced.

Little Miss Flint remains very displeased with President Trump. "He was not so very nice to me at all." pic.twitter.com/3vlqt6f2tB