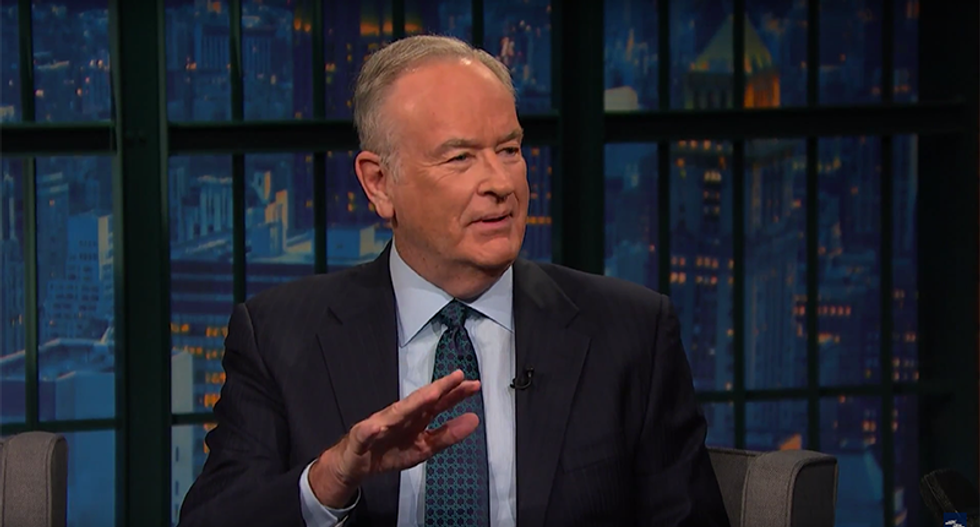 As executives at Fox News and its parent company 21st Century Fox meet to decide whether he will return to the air, Bill O'Reilly is hindered by the fact that he is "widely disliked" by personnel at both companies.

A CNN Money report released on Wednesday morning says that O'Reilly's "outsized ego and rude temperament" have left the embattled host with few friends among his coworkers.

CNN's Dylan Beyers spoke to "six current and former high-ranking officials" at the network who said that ultimately the calculation on whether to keep O'Reilly or fire him from Fox News will likely hinge on the bottom line, but his social isolation within the company makes him "more vulnerable" to the whims of management.

"The six sources who spoke to CNNMoney described O'Reilly as mean and self-centered, and said he was widely disliked at the company," wrote Beyers. "They drew sharp contrasts between O'Reilly and his fellow primetime hosts Sean Hannity and Tucker Carlson, who they described as being as friendly in person despite being polarizing on camera."

NewsCorp owner and media baron Rupert Murdoch is said to be weighing the issue of whether to dismiss O'Reilly over the raft of sexual harassment complaints lodged against the top-rated host with his two sons, James and Lachlan.

James has reportedly been appalled at the allegations against O'Reilly and wants him out immediately. Rupert Murdoch is said to be in favor of keeping O'Reilly due to his ratings value.

Lachlan Murdoch is reported to be moving toward his brother's view in recent days. The Murdoch sons will assume stewardship of their father's empire when he retires and perhaps do not relish the idea of taking on a loose cannon like O'Reilly.

O'Reilly has been on an extended vacation in Italy with his family and is set to return to work on Monday, April 24, but whether he will actually return is still very much an open question.