Messaging app Sean Spicer thinks is being used in the White House does not work: lawsuit 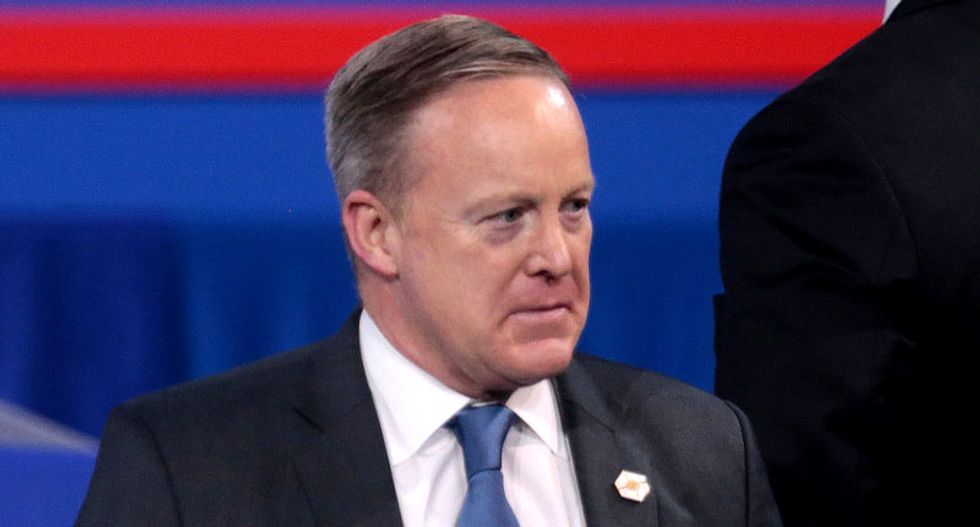 Confide, a popular encrypted messaging app said to be used by White House officials, does not keep communications confidential as its maker promises, a proposed class-action lawsuit charges.

According to a complaint filed on Thursday with the federal court in Manhattan, Confide Inc cannot assure app users of the "unequivocal confidentiality" it advertises because messages can be saved on screenshots, and do not self-destruct once read.

Jeremy Auman, a Michigan resident, said he bought a $6.99 per month Confide app subscription in January because the company promised "message ephemerality and screenshot protection," only to discover his messages could be copied and stored permanently.

"We're dealing with an environment where people are very concerned about the security and confidentiality of their communications," his lawyer, Christopher Dore, said in an interview. "What people are paying for is not what they are getting."

Jon Brod, Confide's president and a co-founder, in an email called the accusations "unfounded and without merit. We look forward to responding to this frivolous complaint and seeing this case swiftly thrown out of court."

Founded in 2013, Confide is based in Manhattan, and its app competes with such rivals as Signal, Telegram and WhatsApp.

A series of high-profile hackings and leaks, including from Edward Snowden and WikiLeaks, has boosted the importance of securing sensitive communications.

According to the lawsuit, such security issues have also become a concern at the White House.

Sean Spicer, the White House spokesman, has demanded that some aides surrender their phones for inspection and warned them against using apps such as Confide and Signal, Politico reported in February.

President Donald Trump later said he would have handled the matter differently but was "OK" with Spicer's actions.

Confide's website says its app lets customers have "honest, unfiltered, off-the-record conversations" that "disappear without a trace" once completed.

It suggests that the app is useful for sensitive matters including job referrals, human resources issues and deal discussions, as well as "good-natured office gossip."

Two days ago, the firm filed a lawsuit accusing Bose Corp of using apps to track what its wireless headphone customers listen to, and selling that information to third parties.

Auman is seeking millions of dollars of damages for Confide's alleged violations of New York consumer protection laws, and fraudulently inducing people to buy its app.