Mine wars: The struggle for coal miners’ health care and pension benefits comes to a head 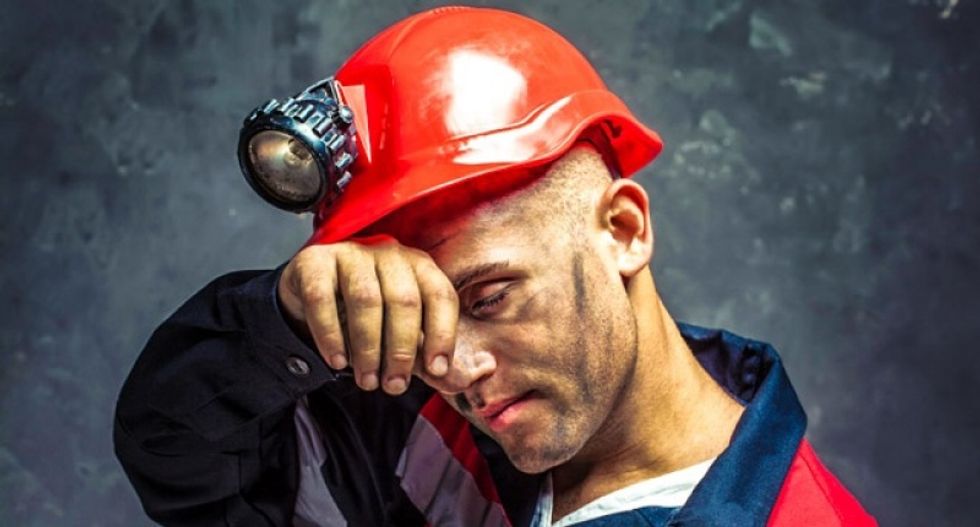 During the 2016 presidential campaign, then-candidate Trump repeatedly expressed his support for coal miners and their communities. Voters in the country’s old mining regions of Appalachia rewarded these promises with overwhelming electoral support.

Yet this Friday, more than 22,000 retired union coal miners in seven states whose former companies went bankrupt over the past few years are bound to lose their health care benefits if Congress is unable to agree on a permanent or temporary fix.

The situation is a repeat of the one coal miners were confronted with just four months ago. Unable to find a permanent solution in December to a shortage of funds to pay health benefits to these retired miners, Congress settled on a temporary compromise.

The situation serves as a harbinger for further troubles for coal miners and their health care and pension benefits. Moreover, the situation could point to troubles ahead for other union-run pension and health care plans.

I study health care policy at West Virginia University. With close to 30,000 retired union coal miners, West Virginia, a state already suffering from the dramatic changes in the coal industry, would be particularly negatively affected by the failure to find a solution to this issue.

The changing fortunes of the coal industry 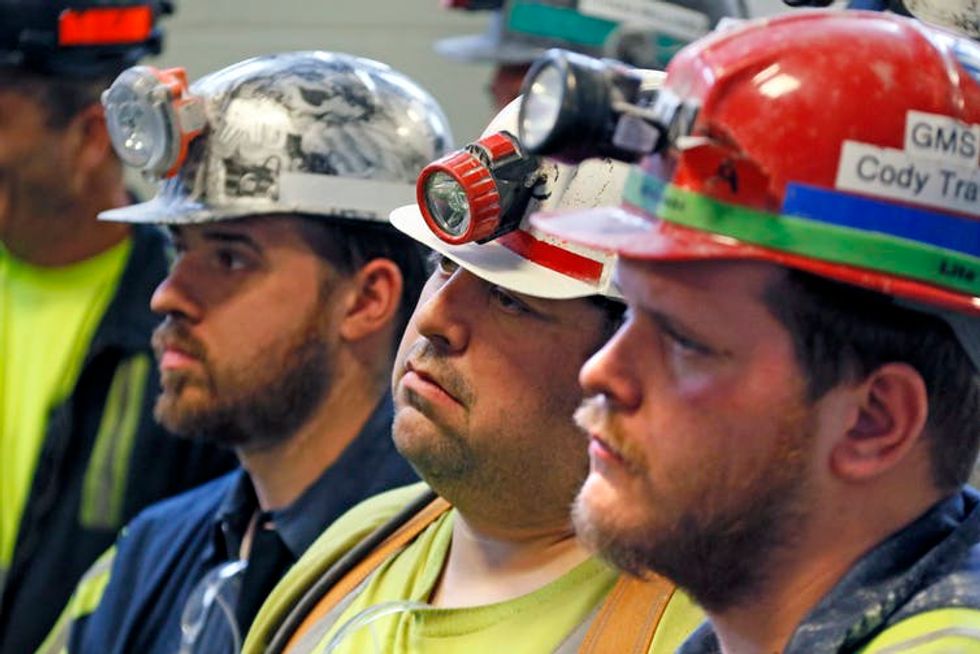 Coal miners in Pennsylvania in April listen to Scott Pruitt, head of the Environmental Protection Agency.

At the heart of the current situation is an agreement between the federal government and the United Coal Miners of America dating from 1946. Faced with a series of strikes across different industries in 1945 and 1946, President Truman, in line with a long line of federal interventions in the coal industry, took control over the nation’s coal mines. The conflict was ultimately settled by the Krug-Lewis Agreement of 1946 which, among other things, established health care and pension benefits for union miners.

For several decades, with a large number of union miners contributing to the funds, the health care and pension trust funds were adequately funded although several decisions strained resources from the very beginning. Over time both union trust funds have started to incur a structural deficit for a variety of reasons.

Moreover, of those miners remaining, a vast majority are not union miners. As a result, there are only about 10,000 union coal miners left to pay into these funds, while roughly 12 times as many are currently drawing health care and pension benefits.

The Great Recession aggravated the situation. Faced with mounting obligation and declining sales, some of the nation’s largest coal companies declared bankruptcy and shed their obligations to their former employees.

As result, both health care and pension benefits are no longer financially sustainable without government intervention, potentially affecting 120,000 retired miners and their families.

Was there or was there not a federal guarantee?

Others, like the conservative Heritage Foundation, have argued that the intervention by the federal government was merely temporary. Moreover, they argued that the UMWA has repeatedly violated the agreement and pushed for changes that accelerated the current funding crisis.

Unquestionably, the issue is complex. However, the evidence seems to favor the former interpretation as the agreement was repeatedly reaffirmed by the federal government (for example, through the Coal Act of 1992 and the Coal Act of 2006).

As the Dole Commission put it: “The UMWA Health and Retirement Funds is as much a creature of government as it is of collective bargaining … In a way, the original Krug-Lewis agreement predisposed, if not predetermined, the system that evolved.”

Over the last couple of years, legislation has been repeatedly introduced to provide for a permanent resolution to the looming insolvency of the coal miners’ health care and pension trust funds. Most recently, the Miners Protection Act of 2017 (S.175) introduced by Democratic Sen. Joe Manchin of West Virginia seeks to make up in shortfalls in both funds. 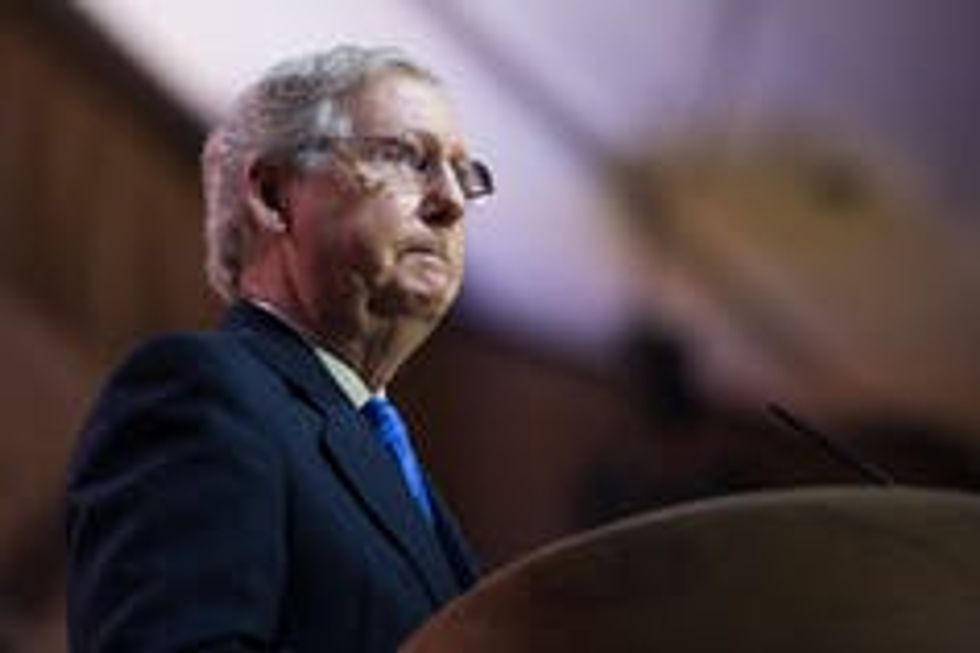 The effort has found large bipartisan support in both chambers, yet was held up by Senate Majority Leader Mitch McConnell of Kentucky. McConnell has repeatedly opposed shoring up the pension fund. Instead, he and several other conservatives are merely willing to provide funding to address the health care funding shortages.

Intervention by the federal government is not without cost. The Congressional Budget Office has scored a previous version of the bill and pegged direct spending at US$2.2 billion for the health care trust fund and $1.4 billion for the pension trust fund over 10 years.

What if Congress does not act?

If Congress fails to act, the most immediate impact will be on the 22,000 miners whose health care benefits are set to expire. These are so-called “orphaned” miners because their companies have declared bankruptcy over the past several years.

More importantly, the long-term viability of UMWA trust funds for all union miners and their families is at stake. While the threat to miners’ health care benefits is immediate, the projections for the pension fund have indicated that it will also fall into insolvency within the next few years.

In addition to the issue of solvency of miners’ health care and pension benefits, miners’ health and safety could potentially be affected by a number of other legislation currently under consideration in Congress.

For one, a little-known provision in the Affordable Care Act greatly facilitated access to black lung benefits for coal miners and their spouses. Repealing the ACA would roll back these benefits, although other legislation addressing the issue has been introduced. It would also affect eligibility for many miners with regard to Medicaid and the ACA marketplaces.

Moreover, the Robert C. Byrd Mine Safety Protection Act of 2017 (S. 854 and H.R. 1903) seeks to improve mine safety and miners’ health. While not addressing the immediate insolvency issue, it holds the potential to reduce health care costs for future retirees.

Coal mining is one of the most dangerous professions in our society. Even when able to retire, coal miners walk away from their profession with significant health impairments and shorter life expectancies than most other Americans.

Although the role of coal in American society has diminished for decades, the federal government has long recognized its importance for this country’s economic development. The bipartisan support for the Miners Protection Act, guaranteeing both health care and pension benefits, in the often-polarized U.S. Congress is indicative of this recognition. However, so far Republican leadership in Congress has stood in the way of a permanent fix.

It is time to find a permanent solution for coal miners, their families and their communities.