More US hospitals pushing patients to pay before care 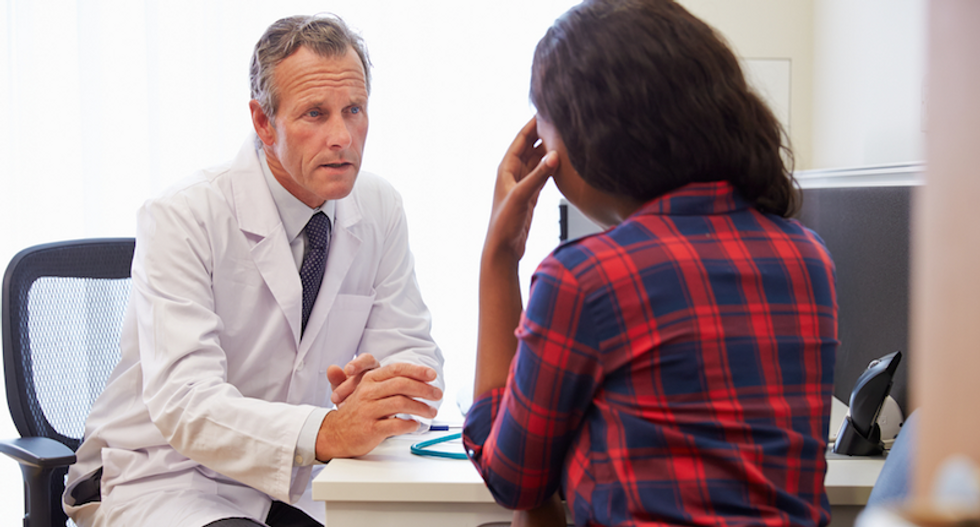 The 25-bed rural hospital in the southwest corner of the state implemented the protocol because of mounting unpaid bills from insured patients, a group that had previously not raised red flags.

Henry County is one of hundreds of U.S. hospitals trying to cope with an unexpected consequence of the Affordable Care Act of 2010, known as Obamacare: millions more Americans have health insurance, but it requires them to spend thousands of dollars before their insurer kicks in a dime.

Since U.S. hospitals do not want to end up footing the bill, they are now experimenting with pre-payment strategies for patients, with a growing number requiring payment before scheduled care and offering no interest loans, according to interviews with more than two dozen hospitals, doctors, patients, lenders and healthcare experts.

“Most patients are appreciative that we’re telling them up front,” said David Muhs, chief financial officer for the Henry County hospital, which provides a discount for early payment. The discussion leads some patients to skip care, others to delay it or use a no interest loans available through the hospital, he said.

The ACA extended insurance to 20 million Americans, which initially helped hospitals begin to shrink debt from uninsured patients who could not pay their medical bills. But more and more, people in Obamacare plans or in employer-based health plans are choosing insurance that features low monthly payments. The trade-off is high out of pocket costs when they need care. (For a graphic, click http://tmsnrt.rs/2oCzePS)

If President Donald Trump dismantles Obamacare as promised, these plans won't disappear. Republicans also believe high-deductible plans curb spending, and Americans faced with medical costs that rise faster than inflation and wages will look for premiums they can afford.

The trend is expected to accelerate this year because unpaid bills are creating massive bad debt for even the most prestigious medical centers. U.S. hospitals had nearly $36 billion in uncompensated care costs in 2015, according to the industry’s largest trade group, a figure that is largely made up of unpaid patient bills.

The largest publicly-traded hospital chain, HCA Holdings Inc, reported in the fourth quarter of 2016 that its ratio of bad debt to gross revenues of more than $11 billion was 7.5 percent.

One of the first to test this new payment strategy was Novant Health, headquartered in North Carolina with 14 medical centers and hundreds of outpatient and physician facilities. It saw patient debt increase when more local employers started adopting high deductible plans, including one that made its executives pay $10,000 in out-of-pocket expenses.

“To remain financially stable, we had to do something,” said April York, senior director of patient finance at Novant, whose patient default rate dropped to 12 percent from 32 percent after it started offering no interest loans through ClearBalance.

“Patients needed longer to pay. They needed a variety of options,” she said.

These prepayment strategies are being rolled out by hospitals across the country because the financial equation has changed so much for patients – even the insured ones.

Almost half of Americans – 45 percent - polled by the Kaiser Family Foundation said they would have difficulty paying an unexpected $500 medical bill. The average deductible this year for the least expensive of the widely used Obamacare health plans is $6,000 for an individual - an 18 percent spike since 2014 - and more than double that for a family, according to government data.

Jessica Curtis, a senior advisor at Community Catalyst, a consumer advocacy group in Boston, said the impact on patients stretches beyond personal finance.

“They delay procedures, they don’t follow advice on prescription drugs, and when they see care, they usually are for more expensive procedures because they’ve waited,” she said

“A well informed patient is more likely to meet their obligations,” he said. “It’s just good patient relations and it helps to minimize bad debt.”

Hospitals are doing what they can to retain patients while helping them pay medical bills that could run thousands of dollars. Many are expanding charity eligibility, and hiring companies like ClearBalance, AccessOne and Commerce Bank to provide loans to patients no matter what their credit. Most carry no interest rate for the patient, and could be extended far longer than the few months that hospitals once required before sending a bill to collections.

“People are more likely to pay a bank than a hospital,” said Mark Huebner, director of Health Services Financing at Commerce Bank, which offers its line of credit at more than 200 hospitals.

“People are aware that banks will come after them. Banks do collect on debt, and hospitals generally have been more relaxed,” he said.

Wake Forest Baptist Medical Center in North Carolina had seen its bad debt creep up in recent years as more patients saw out of pocket expenses soar, with some deductibles reaching $15,000.

“We’ve seen that many patients are unaware of the increases in their deductibles,” said CFO Chad Eckes. Wake Forest now asks for payment before non-emergency services are provided but also offers zero interest, longer repayment options.

“It’s a challenging position,” he said. “It’s a discussion no one wants to be in, and none of us enjoy.”