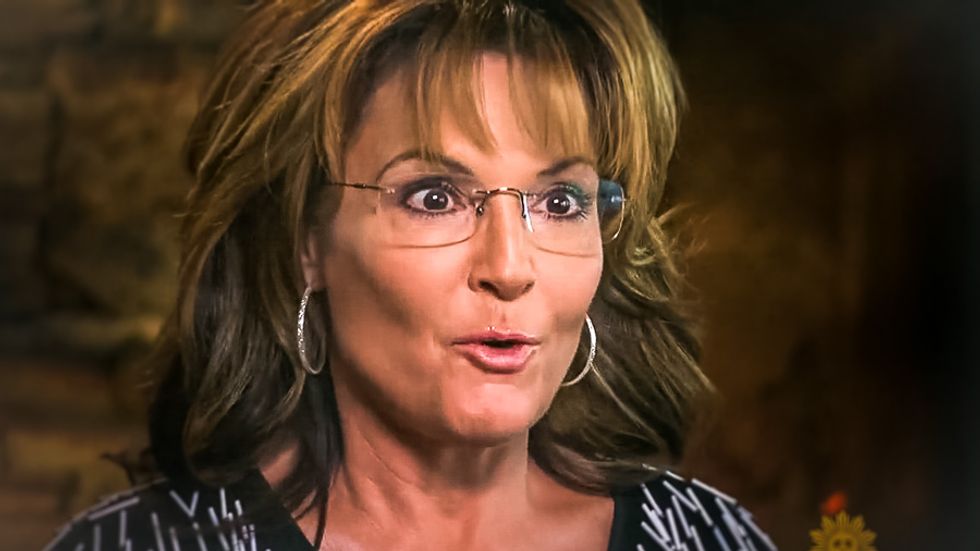 Sarah Palin recently had an interview with CNN's Jake Tapper that raised some eyebrows, as the former Alaska governor seemed to hint that she had experienced harassment during her time working as a contributor at Fox News.

However, Morning Joe co-host Joe Scarborough found Palin's interview remarkable for a different reason: Namely, Palin came across as fairly articulate, at least by her standards.

"I'm not being snide when I say this: She spoke in complete sentences," Scarborough said. "Over the past five, six, seven years, every time she got on TV she rambled to such a degree -- it was word salad! If there were a Chop't chain for the English language, Sarah Palin would be the major franchise owner."

Both Mika Brzezinski and Willie Geist said that Scarborough was setting an "unbelievably low" bar for what Palin has to do to earn his praise.

However, Scarborough said that Palin's appearance took him back to when she first arrived on the national scene and made a major splash as John McCain's vice presidential nominee at the Republican National Convention -- before it all went downhill shortly after.

"We saw this descent -- she could not speak in complete sentences," he said.

Donny Deutsch agreed with Scarborough and said that Palin surprised him by being able to express "a single coherent thought."