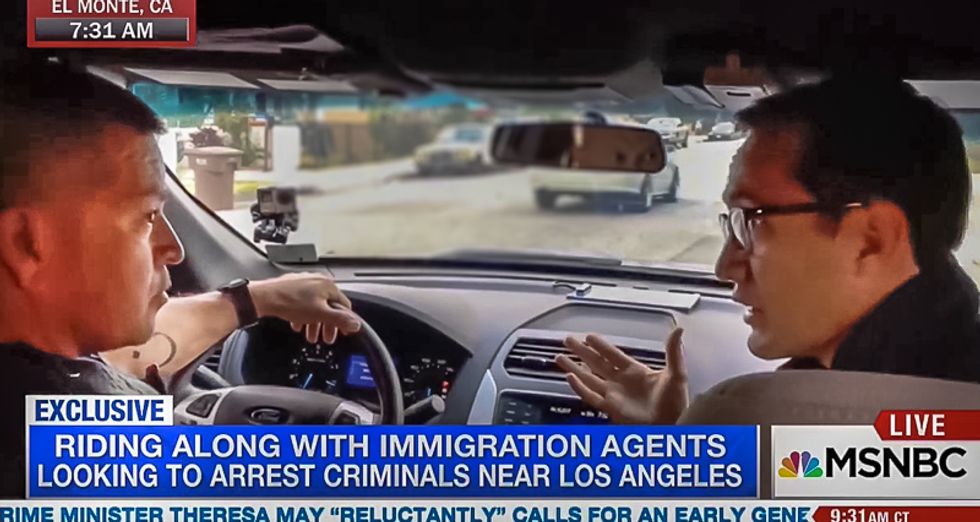 MSNBC on Tuesday broadcast live from a "stakeout" with ICE agents as they waited outside the home of an unsuspecting undocumented immigrant.

MSNBC's Hallie Jackson spoke to NBC's Gadi Schwartz who was embedded with ICE agents conducting a "roundup" of undocumented immigrants in Los Angeles.

"We are basically on a stakeout," Schwartz explained. "We are waiting for a target to come out of his home. And enforcement removal agents are going to swoop in and they are going to arrest him. We have seen two of those happen so far today."

According to Schwartz, nine different teams of agents in southern California were participating in the roundup.

An agent in the patrol car with Schwartz described the target as a "serious criminal" who had been accused of a robbery in 2009.

"Previous surveillance has him walking out of the house in about 20 minutes," the agent said, nearly whispering.

The agent complained that sanctuary cities were "roadblocks," but he added, "That's not going to stop us from doing our job."