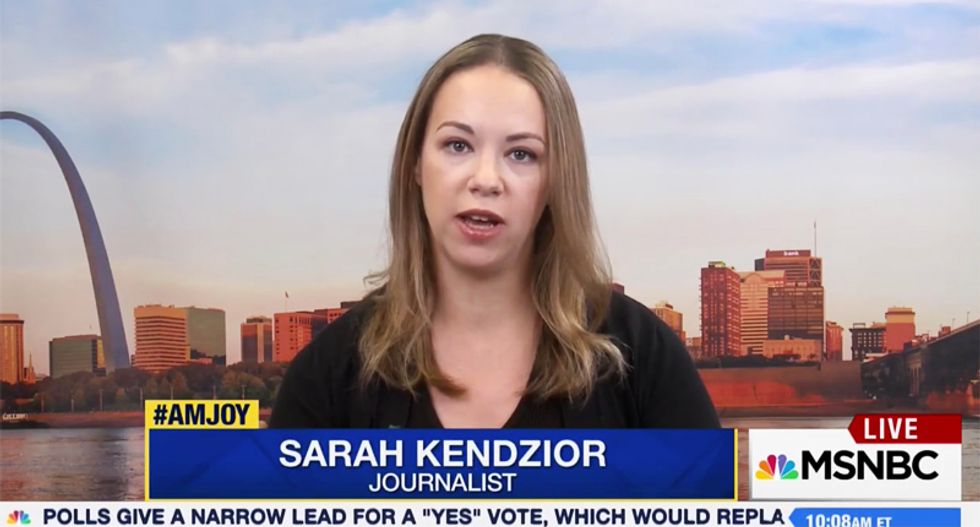 During an MSNBC panel discussion on saber-rattling by North Korea currently in a stand-off with the U.S. over missile testing, an expert on authoritarian regimes suggested attention should be paid to the actions President Donald Trump who has previously been in favor of using nukes to settle conflicts.

"Sarah, are we in a situation where we have both of these regimes, the North Korean regime, as well as the United States, sort of ratcheting up the threat, but they are not actually threatening to do anything?" Reid asked.

"One of the key problems is the rhetoric on North Korea from the U.S. side is very inconsistent," Kendzior explained. "In March [Secretary of State] Tillerson announced diplomacy with North Korea failed. They began bringing out the idea of the preemptive strike on North Korea. Trump started baiting North Korea with tweets. North Korea is not going to see those tweets and say, as some American commentators said, 'This is a distraction' or 'Trump is trying to get out of a domestic crisis or the Russian investigation.'"

"Trump is so unsophisticated, has no political strategy beyond a fetish for aggression, that he'll see things North Korea has been doing for years, like testing various military devices, as a direct provocation against the United States and he will ratchet up the rhetoric similarly and call for strikes on North Korea and what not," she continued before adding a cautionary note.

"This is very dangerous, because these are two nuclear powers, and Trump has been obsessed with nuclear weapons since at least 1984 where he proclaimed he knows everything he needs to know about them," she elaborated. "During the election he said if we have nukes, why not use them, which is in direct contradiction to every nuclear policy we have had and every country has had. He's erratic and unfortunately I think that, you know, we should be very worried about where this is going in terms of confrontation between these two regimes."