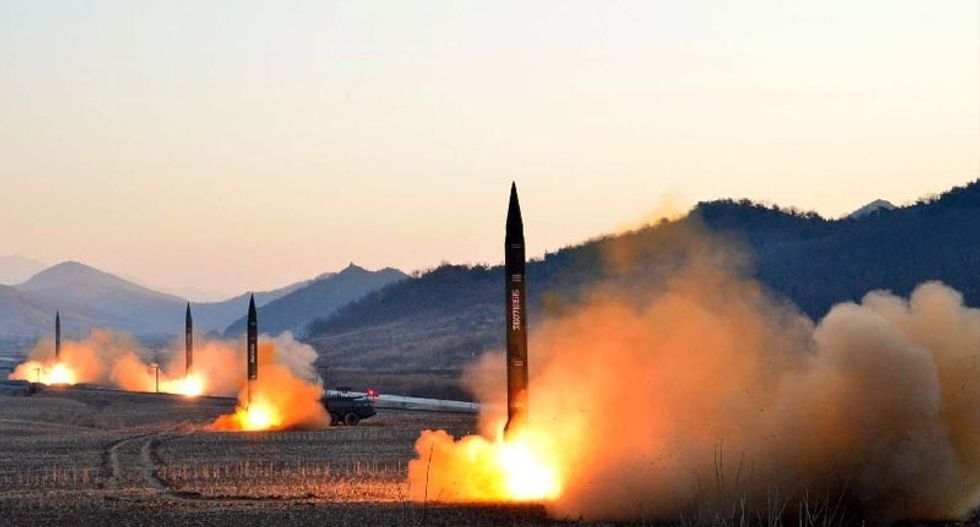 North Korea fired another missile Friday, though, like others, the missile failed.

The launch came from "Bukchang in Pyeongannam-do (South Pyeongan Province)" the Yonhap News Agency reported, citing a statement sent out from South Korea's military. It landed in the Sea of Japan.

Thursday night in a Reuters interview, President Donald Trump warned he is "open to major, major conflict" with North Korea.