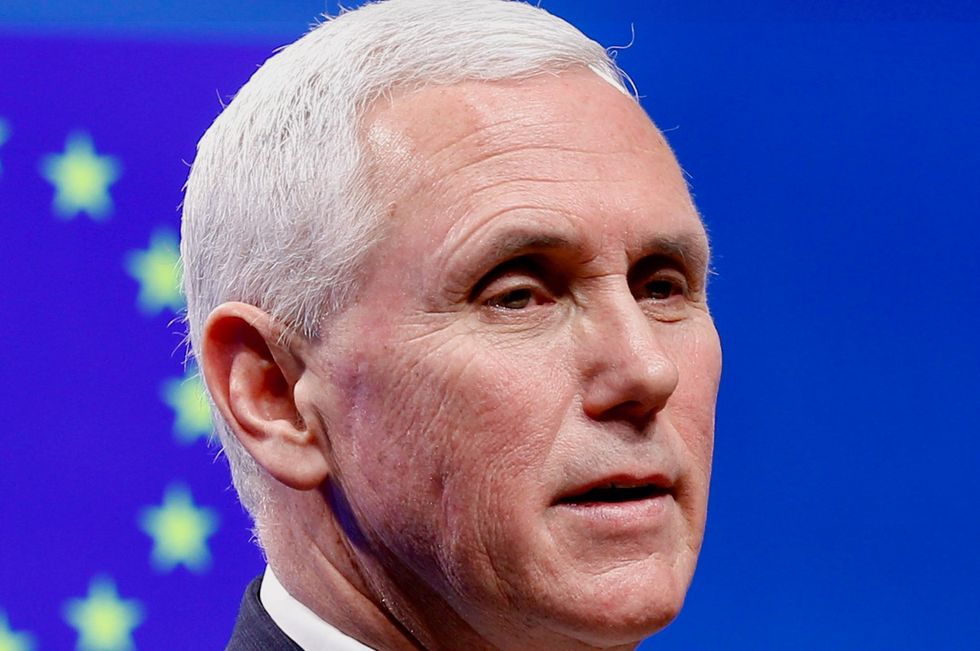 U.S. Vice President Mike Pence put North Korea on notice on Monday neither the United States nor South Korea would tolerate further missile and nuclear tests, with U.S. attacks in Syria and Afghanistan showing its resolve.

Pence and South Korean acting president Hwang Kyo-ahn, speaking a day after a failed missile test by the North and two days after a huge display of missiles in Pyongyang, also said they would strengthen anti-North Korea defenses by moving ahead with the early deployment of the THAAD missile defense system.

Pence is on the first stop of a four-nation Asia tour intended to show America's allies, and remind its adversaries, that the administration of President Donald Trump was not turning its back on the increasingly volatile region.

In a joint appearance, Pence said North Korea should mind the actions and intent of the president.

"Just in the past two weeks, the world witnessed the strength and resolve of our new president in actions taken in Syria and Afghanistan. North Korea would do well not to test his resolve or the strength of the armed forces of the United States in this region."

The U.S. Navy this month struck a Syrian airfield with 59 Tomahawk missiles. On Thursday, the U.S. military said it had dropped "the mother of all bombs," the largest non-nuclear device it has ever unleashed in combat, on a network of caves and tunnels used by Islamic State in eastern Afghanistan.

"I express again a strong support and alliance to the Syrian government and its people for its work of justice, condemning the United States’ recent violent invasive act against your country," Kim said.

On a visit to the border between North and South Korea earlier in the day, Pence reiterated that the U.S. "era of strategic patience" with Pyongyang was over.

Pence, whose father served in the 1950-53 Korean War, said the United States would stand by its "iron-clad alliance" with South Korea and was seeking peace through strength.

"All options are on the table to achieve the objectives and ensure the stability of the people of this country," he told reporters as tinny propaganda music floated across from the North Korean side of the so-called demilitarized zone (DMZ).

The United States, its allies and China are working together on a range of responses to North Korea's latest failed ballistic missile test, Trump's national security adviser said on Sunday, citing what he called an international consensus to act.

China has spoken out against the North's weapons tests and has supported U.N. sanctions. It has repeatedly called for talks while appearing increasingly frustrated with the North.

But Pence and Hwang said they were troubled by retaliatory economic moves by China against the deployment in South Korea of a U.S. anti-missile system known as the Terminal High Altitude Area Defense (THAAD).

South Korea, which accuses China or discriminating against some South Korean companies working in China, and the United States say the sole purpose of THAAD is to guard against North Korean missiles.

China says its powerful radar can penetrate its territory and undermine its security and spoke out against it again on Monday.

All sides should "avoid taking provocative actions that pour oil on the fire", he said.

Trump's national security adviser, H.R. McMaster, indicated on Sunday that Trump was not considering military action against North Korea for now, even as a nuclear-powered aircraft carrier strike group was heading for the region.

"It's time for us to undertake all actions we can, short of a military option, to try to resolve this peacefully," he said on ABC's "This Week" program. "We are working together with our allies and partners and with the Chinese leadership to develop a range of options.

While Trump has employed tough rhetoric in response to North Korea's recent missile tests, the president's options appear limited in dealing with a challenge that has vexed his Oval Office predecessors.

Pence landed in South Korea hours after the North's failed missile launch. His visit came a day after North Korea held a military parade in its capital, Pyongyang, marking the 105th anniversary of the birth of founding father Kim Il Sung.

What appeared to be new long-range ballistic missiles were on display in the parade.

Tensions have risen as Trump takes a hard rhetorical line with Kim Jong Un, who has rebuffed admonitions from China and proceeded with nuclear and missile programs seen by Washington as a direct threat.

Trump acknowledged on Sunday that the softer line he had taken on China's management of its currency was linked to its help on North Korea.

Pence said Trump was hopeful China "will take actions needed to bring about change in policy" in North Korea.

"But as the president has made very clear, either China will deal with this problem or the United States and our allies will," he said.

China says the crisis is between the United States and North Korea. Lu said China efforts to help achieve decentralization were clear, adding: "China is not the initiator of the Korean peninsula nuclear issue."

China banned imports of North Korean coal on Feb. 26, cutting off its most important export and Chinese media has raised the possibility of restricting oil shipments to the North if it unleashed more provocations.

Pyongyang has conducted several missile and nuclear tests in defiance of U.N. sanctions, and has said it has developed and would launch a missile that can strike the U.S. mainland.

U.S. officials and experts believe it is some time away from mastering the necessary technology, including miniaturizing a nuclear warhead.

For a graphic on nuclear North Korea, click http://fingfx.thomsonreuters.com/gfx/rngs/NORTHKOREA-MISSILES/010031V7472/index.html