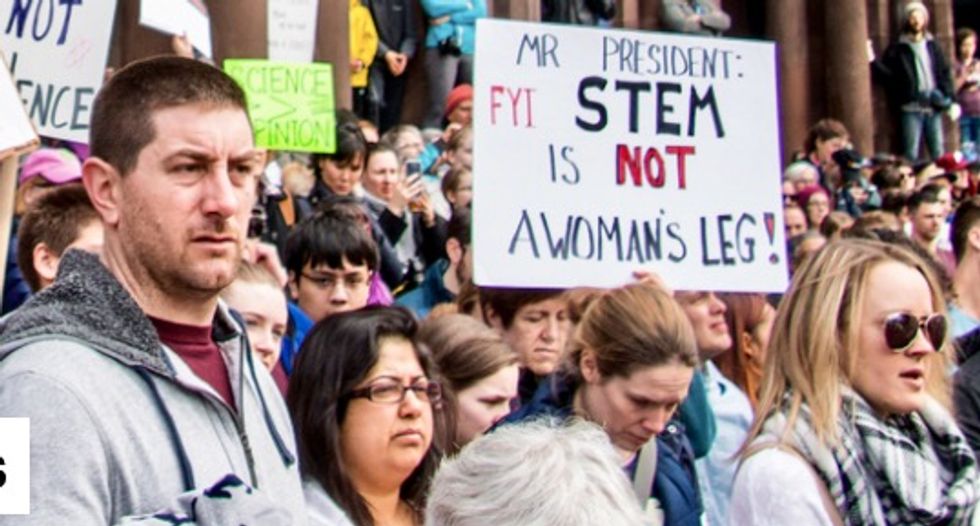 Scientists around the world are facing a dilemma. A March for Science will be taking place in Washington DC on 22 April, with solidarity marches in more than 500 other locations around the world. Scientists in cities from London in the UK to Tokyo in Japan, Accra in Ghana and Hyderabad in India are all looking to defend the vital role that science plays in society.

The campaign – which calls for science to be robustly funded and publicly communicated as a “pillar of human freedom and prosperity” – is likely to be the largest ever mass demonstration by the scientific community. But every scientist who decides to march will know that, while they are taking part in a powerful movement to protect their discipline, they could also be helping to politicise a field that might be better off remaining as apolitical as possible.

The idea for the march was first raised on a Reddit thread in reaction to the White House deleting references to climate change from its website in late January. The administration’s decision to prohibit Environmental Protection Agency staff from communicating with the media contributed to the general feeling that expertise is being taken less seriously, with Oxford Dictionaries declaring “post-truth” to be its international word of 2016.

Events such as these led to the March for Science idea rapidly becoming a global movement, inspired by the Women’s March in Washington. The organisation is calling for scientists to stand up against what it interprets as being a threat to academic freedom, evidence-based policy and inclusivity. 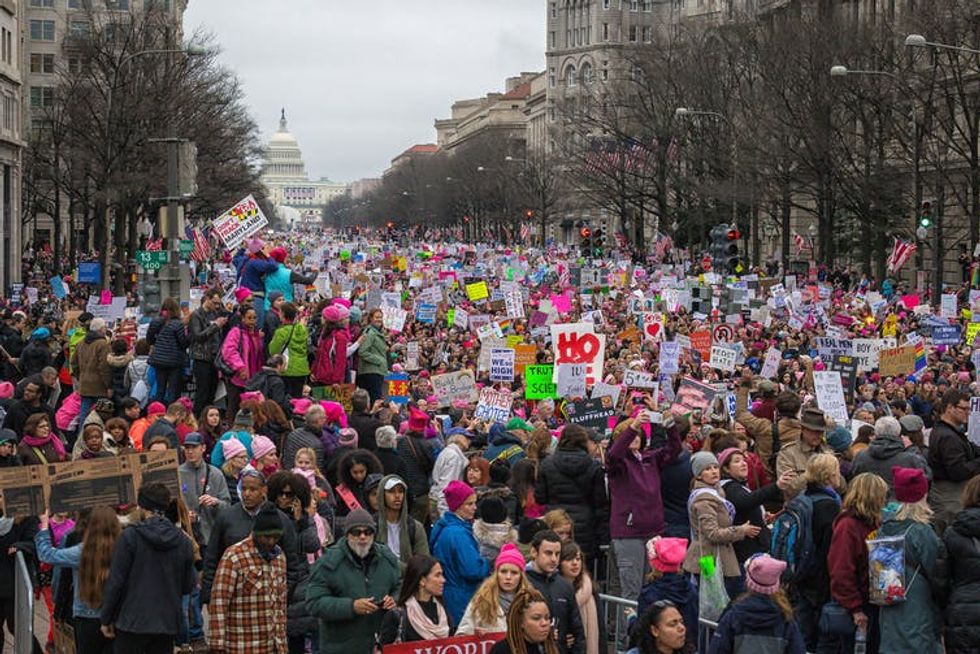 Perhaps unsurprisingly, the whirlwind growth of the initiative has led to some organisational difficulties. Sometimes the march appears to be focused on safeguarding science and evidence-based policy. But at other times, it aspires to tackle the wider challenges facing science – such as issues of equality and diversity. This has resulted in the committee of organisers struggling to present a united front. It has also led to uncertainty surrounding the actual goals of the march.

The concept of a march for science has become a divisive topic among scientists. The sheer number of solidarity marches and supporters highlight the widespread support for the grassroots movement. There is a danger, however, that the march could see scientists portrayed as an interest group with their own agenda.

This has led to warnings about the repercussions of political activism – that science itself could be reduced to just another policy issue. If that were to happen, scientific topics could be pushed to one side of a partisan divide rather than being an overarching concern for all political parties.

Others argue that science has deeper problems, such as the shortcomings of the peer review process, that they deem outweigh those caused by the current US administration. They feel that activism would be better placed trying to overhaul the foundations of modern science itself.

Scientific progress relies on varied ideas and perspectives, and at its core it has a simple rule – inclusive science is better science. Any discrimination over race, nationality, gender identity, sexual orientation or socioeconomic background is a threat to scientific progress. Although safeguarding the future of science has already been the motivation for open letters, rallies

and pledges to become more involved in politics, scientists have also been engaging in political activism to object to discrimination.

Last year, the Citizen Science Association, which represents the largest group of nonprofessional scientists in the world, pulled its annual conference from North Carolina in protest against a law that removed nondiscrimination protections. House Bill 2, as it came to be known, effectively legalised gender discrimination by stating that individuals may only use restrooms that correspond to the sex on their birth certificates in government buildings.

Scientists also protested against the US president’s attempts to launch a “travel ban” on immigration from from certain Muslim-majority countries. This ban would have had a direct impact on the ability of scientists to travel and work, as well as depriving the US of the contributions of immigrants. While this shows that scientists in the US are already engaging in the type of advocacy that will politicise science, the March for Science will likely speed up that process.

It is hard to know exactly what the repercussions will be. A new study, published in February in the journal Environmental Communication, has suggested that engaging in advocacy might not compromise scientists’ credibility. The researchers tested public reactions to a range of different advocacy statements and found that advocacy won’t necessarily harm general trust in the scientific community.

Nevertheless, the dilemma of marching for science is down to the challenge of determining an appropriate level of political activism. This will be harder for some people than others. In a letter published in the Journal of Science Communication recently, I noted that, while senior scientists with secure jobs may be willing to engage in some degree of activism, it may be more difficult for early career scientists.

The date of the march is also significant. April 22 is “Earth Day” which, since 1970, has marked an annual celebration of support for environmental protection. It is our yearly reminder that, despite our differences, we all have to share this planet and its resources. Trying to keep that bigger picture in mind might be something that many scientists find themselves doing as they make their decision on whether or not to march for science.

My research area is the role of science in society so, for me, it is not a difficult decision. On Saturday, I will take the risk of further politicising my field because the stakes are too high to do nothing. I believe that the continued survival of our species is dependent on science and, as long as it is under threat, we must march for it.