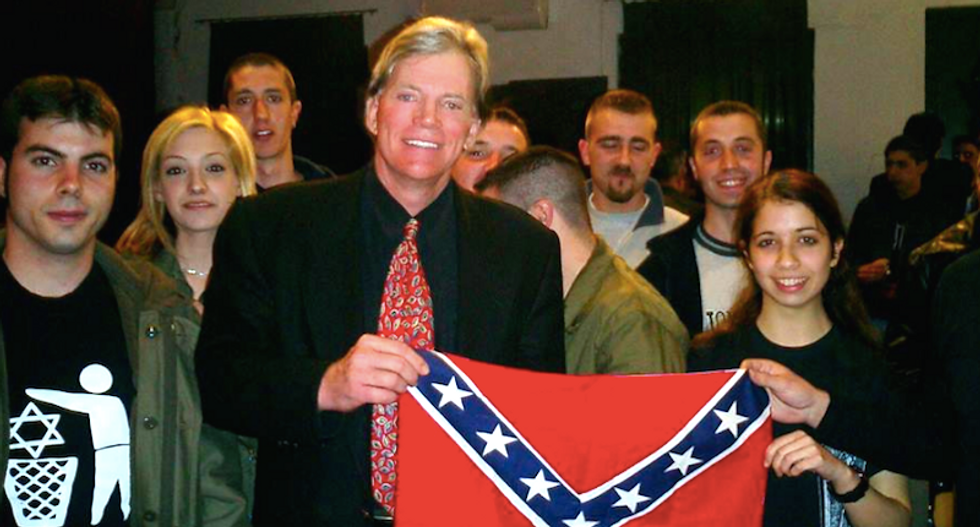 President Donald Trump's hardcore white supremacist fans have not been shy about expressing their displeasure with some of Trump's recent foreign policy moves.

After raging against Trump's decision to launch missiles against the regime of Bashar al-Assad in Syria earlier this month, several high-profile white nationalists also slammed Trump for denouncing the Holocaust as "the darkest chapter of human history" during a speech before the World Jewish Congress Plenary Assembly in New York.

Per Salon, Daily Stormer founder Andrew Anglin this week railed against Trump's denunciation of the Holocaust while arguing that "our President is being held hostage by vicious Jews" -- and he said that Trump no longer had his support.

"I think it is important on a personal and I dare say a spiritual level to understand that the Trump movement was real, Trump was real, he was fighting for us, the people," Anglin wrote. "But whatever happened around the period of the last week of March, Our President is no longer Our President."

Similarly, white nationalist David Duke wrote on his website recently that Trump is in danger of being deceived by Jewish advisers, including his son-in-law Jared Kushner, into supporting a more globalist agenda.

"We need to call out the Jewish nature of this coup d’état, and destroy the Jewish privilege of being above any criticism once and for all," wrote Duke.

That said, Duke isn't as eager as Anglin to completely turn against Trump, as he believes replacement Mike Pence would be "the biggest cuck in the world."