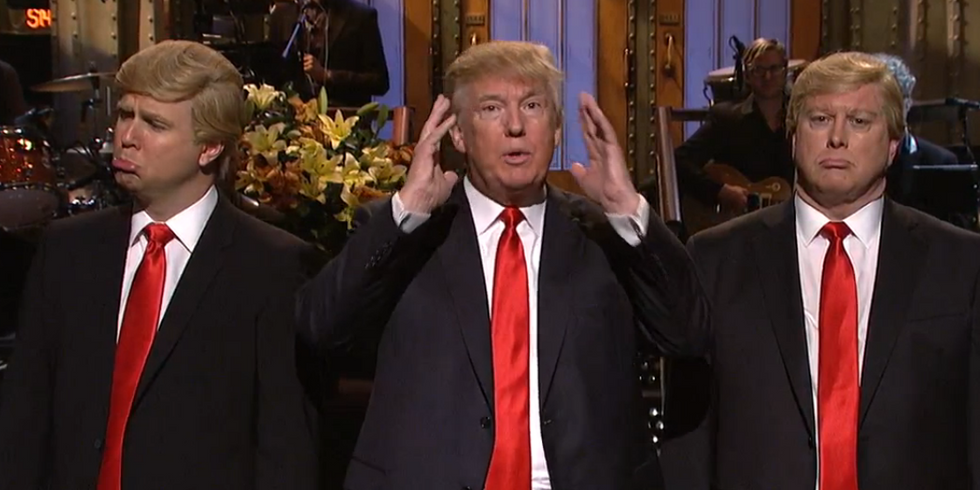 Former Saturday Night Live cast member Taran Killam is known for his hilarious impressions of Brad Pitt, Matthew McConaughey and Jake Tapper. But it was President Donald Trump he went after in a recent interview with Brooklyn magazine.

When the president previously appeared on SNL, Killam said Trump "struggled" to even read the jokes that were written for him. The Dec. 2015 appearance by Trump, after announcing his bid for president, was "not fun" for Killam "and most of the cast and writers were not excited to have him there."

The cast and writers do what is referred to as a "table read" prior to rehearsal. The host of the week is also there to read through the jokes written for him or her. Trump “struggled to read at the table read, which did not give many of us great confidence," Killam said. "Didn’t get the jokes, really. He’s just a man who seems to be powered by bluster.”

Comedian Samantha Bee once perpetrated a conspiracy theory surrounding the president, claiming that his problems all stem from the fact that he probably doesn't know how to read.

“I didn’t get the feeling that he was excited to be there," he explained, saying that it felt like his appearance on the show was probably more for ratings for SNL and free media for Trump.

“He was… everything you see," he said when asked if Trump was "unpleasant" to work with. "What you see is what you get with him, really. I mean, there was no big reveal.”

Killam split from SNL after six years in 2016.