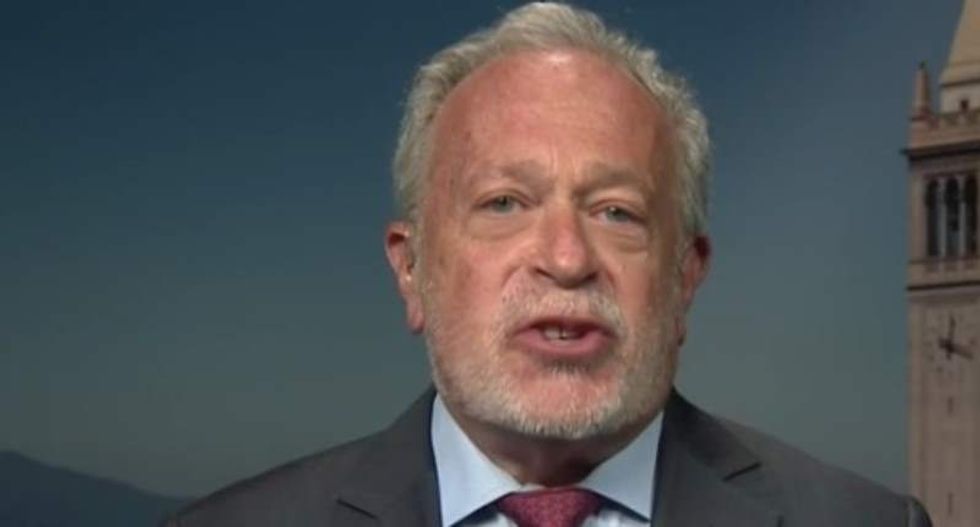 In a long essay on his Facebook page, former Labor Secretary Robert Reich took a hard and brutal look at President Donald Trump's first 100 days, and declared them a disaster -- for both Trump and the country.

With Trump coming up on his first 100 day milestone, the President finds himself saddled with a GOP replacement health care plan so despised his own party won't even pass it, two immigration executive orders that have been shot down by the courts and little else besides a stolen Supreme Court seat handed to his first pick.

According to Reich, that doesn't mean that Trump hasn't done extensive damage to the country as he fumbles and bumbles through his honeymoon period.

"I'm old enough to recall when John F. Kennedy invited the world's great artists, writers, and philosophers to dine at the White House," Reich wrote. "The nation felt ennobled. Donald Trump invites Sarah Palin and Ted Nugent, who once called President Obama a 'mongrel,' and we feel sullied. But it has not been just Trump's vulgarity."

"There have also been Trump's lies -- blatant, continuous, unsubstantiated, even after the lack of evidence has been pointed out repeatedly. They are lies that deepen Americans' suspicion of one another and undermine our confidence in our system of government, such as his repeated contention that "three to five million" people voted illegally in the last election, or that Obama spied on Trump during the campaign," he continued.

Reich noted that Trump is using his presidency to personally profit, writing, "There has also been Trump's vast family business -- from which he continues to benefit, even though the decisions he makes in office affect the money he makes off of them, and foreign governments cater to them in order to curry favor. He shrugs off such conflicts, even refusing to release his tax returns, even inviting his daughter and son-in-law, each with their own businesses and conflicts of interest, to join him at the highest reaches of the White House. "

He then turned his eye on Trump, the man.

"Finally, there is Donald Trump himself -- who in the first 100 days as president has shown himself to be narcissistic, compassionless, xenophobic, paranoid, vindictive, and thin-skinned; who takes credit for the work of others and blames others for his own failings; who lashes out at the press and journalists when they criticize him, and who demonizes judges who disagree with him," he concluded. "We have before had presidents such as Richard Nixon and Warren G. Harding, whose personality defects harmed their presidencies and tainted the office of the president. But Donald Trump is in a different league altogether. He exhibits the opposite of every civic virtue ever encouraged in our school rooms, town halls, and churches."