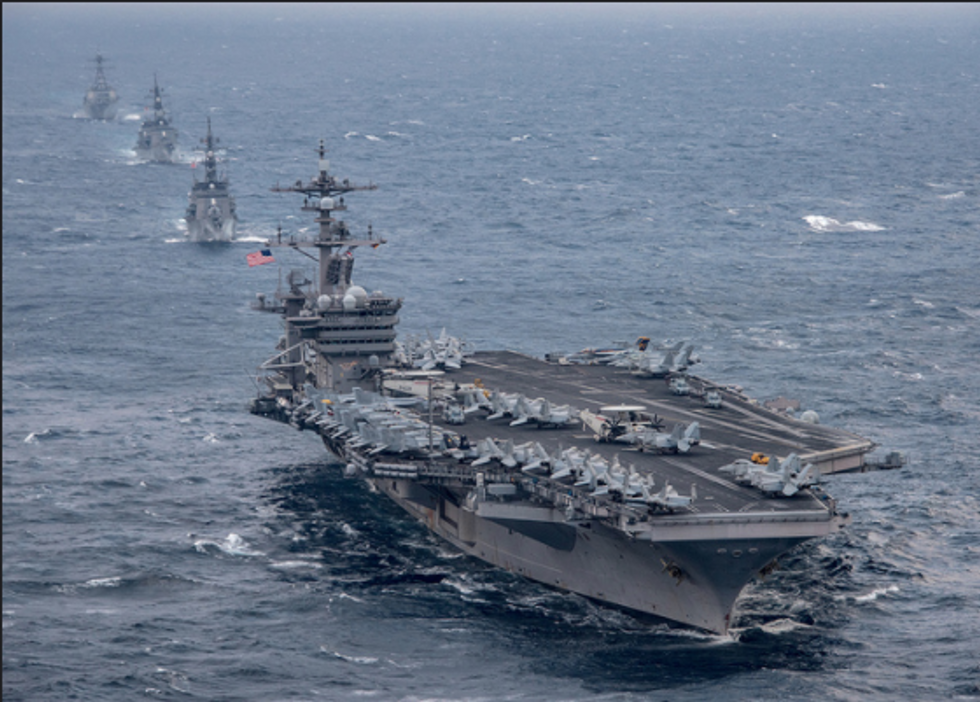 Russia and China have both dispatched intelligence-gathering vessels to follow the U.S.S. Carl Vinson in waters off of the Korean Peninsula, according to officials in the Japanese government.

TheHill.com reported Sunday night on an Associated Press bulletin that cited a story in the Japanese newspaper Yomiuri Shinbun saying that both Russian and Chinese navy officials are tracking the movements of U.S. ships in the region.

"It appears that both countries aim to probe the movements of the United States, which is showing a stance of not excluding military action against North Korea," said the AP.

Japanese Self-Defense Forces are reportedly increasing their maneuvers in the waters and airspace around the area in order to beef up their surveillance and warning capabilities.

The ships may be intended as a warning to Washington, the AP said.

President Donald Trump ordered the Vinson and other military vessels to travel to the region last week after launching a missile attack against a Syrian air base in an aggressive gesture toward the regime of Bashar al-Assad.

Last week, the Chinese government warned that the mutual saber-rattling by Trump and North Korean dictator Kim Jong-un could spark "war at any moment" and urged both parties to cool their rhetoric.

On Sunday morning, however, North Korea attempted a missile test -- which failed -- in an apparent show of defiance to Trump.

White House national security adviser Herbert McMaster said on Sunday that "all options are on the table" with regards to the U.S. response to the failed test.